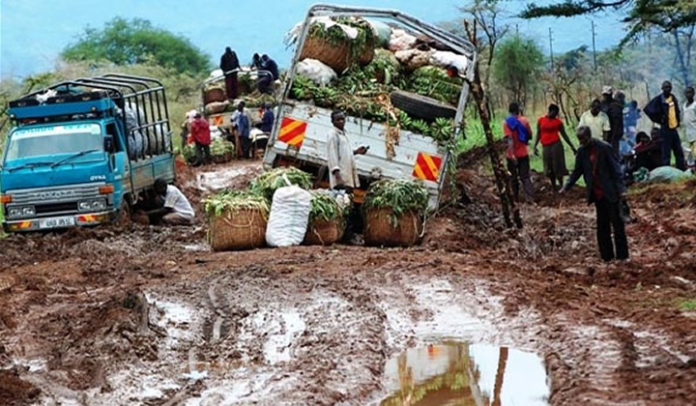 In what many assume was just a matter of time, roads in a tiny third world country in Africa have been declared endangered species. The declaration, a long time coming, was made at the recently concluded demonstration over load shedding in Uganda.

“I was on my way to protest, I even had my flashlight to help me deal with the impromptu rain… then I fell into a pothole. If my neighbor hadn’t come to my rescue, I am almost certain I would have drowned. Our roads have truly become endangered” offered Jim “Mureefu” Kalyango, a 6ft 3” gentleman that has since developed a deeper appreciation for life.

The Work’s Ministry was not too keen on issuing a statement, however, Gerald Odokonyero, a ministry official who spoke on condition that his identity was kept anonymous, claimed that there was much celebration in the corridors of power.

“Me, I was here sitting in my cubicle in room 4 on the 1st floor, Desk 3 when the news came in. All of a sudden, the official in charge started screaming out, ‘we are famous, we are famous’ and proceeded to call his friends in tour companies for them to offer tourists deals to the pothole capital of the world…”

Attempts to confirm these claims proved futile and a follow up call was met with the news that Mr. Odokonyero had been relieved of his duties under unclear circumstances that may or may not have involved disclosing sensitive information. This journalist has reason to believe that there may have been a leak.

Roads interviewed were mostly unsurprised, however, there were some inconsolable ones that were, to be honest, in a sad state.

“Kale we have been here, serving people. We shoulder massive loads, but what do we get? Scorn and infections. You can see I’m being eaten, can’t you? Does it look like I’m enjoying it…. Go away, I’m inconsolable. And when you write, tell them I was in a state of disrepair…”

It’s not all bad news… there are some that have taken the news with some hope and a smile.

“We are not the kind to be here and laugh at people’s misfortunes, but it’s always a good thing to feel that eyes are no longer on us. The attention is good sometimes, but it certainly feels nice to have the pressure taken off of us…” Offered Nanduttu’s delusional thighs.

It is not the first time that Uganda, has come under fire for failing to protect rights and previous submissions to the endangered species list from this third world country include Nanduttu’s vowels, Rock Music and Bad Black’s natural skin…and what’s left of her original breast.