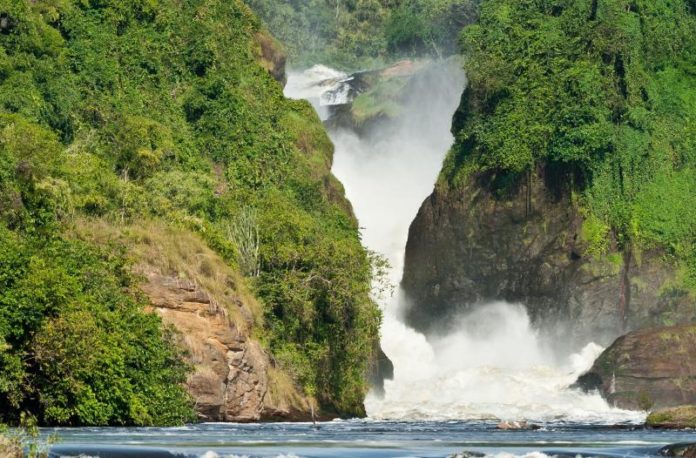 No one is losing sleep over how much mercury, lead, sulphur and other heavy metals are in Lake Nalubaale (‘Victoria’) alone thanks to the factories, a flower farm, a brewery and processing plants which release untreated effluent into that freshwater source daily.

And we wonder why cancers are all the rage.

We also seem to forget that over the past thirty-four years, hundreds of acres of wetlands and forest have illegally been reclaimed and cleared by the cabal of untouchable, armed and ‘connected’ Ugandans or their proxies—often disguised as investors for whom land grabbing and environmental destruction are a hobby.

Only last week, the diverse ecosystem that is Bugoma Forest was given away for sugarcane growing.

NEMA is deaf, blind and dumb!

Perennially underfunded and understaffed, the environmental watchdog is no more virile than a castrated bull.

It sees, speaks and hears no evil.

Eron Kiiza, a lawyer who has been defending the environmental and land rights of thousands of families in Mubende is being fought by an unholy trinity that features a corrupt judge, compromised MPs and armed men deployed to protect the vampires.

The rest of the country, particularly the elite Murchison Falls crowd, is conspicuously mute about this nationwide assault on the environment.

It will hurt to see the beautiful falls in Murchison Falls National Park go but I will not make noise against the proposal to dam the scenic Falls. The problem on our hands is way taller than the one hundred and forty-one feet of the Falls.

The campaign to save the Falls is pretentious and myopic.

Pretentious in the sense that it is motivated by the threat to narrow commercial interests (lodges, hotels and safari company owners) and not about the broader political questions that have led to environmental destruction at the scale we’ve seen under Gen. Museveni’s rule.

Myopic because the proposal to build that dam is a decision that has (already) been made by the powers that be. To petition the same people is to entrust the keys to the chicken coop with the fox, or in this case, the leopard, and act surprised when the chickens go missing!

The campaign ignores the fact that to save Mabira Forest from sugarcane investors, Ugandans staged three-day protests which were brutally suppressed by the armed forces—commanded by the same man who is now being implored to save Murchison Falls.

Months later, large swathes of Mabira (which are not visible from Jinja Highway) were given away for sugarcane growing!

If he didn’t care about Mabira, which I believe are the lungs of the Great Lakes region, why should he care about a ‘mere’ Murchison Falls?

An analysis of the people behind the campaign reveals a checklist of regime-backed social media influencers and hangers-on. I do not want to take part in a psychological operation disguised as a campaign which, knowing Museveni’s mastery of guerrilla tactics, may be designed to portray him as a saviour.

After months of online and offline advocacy against the proposed dam, he will take to the media, feign ignorance about the project, blame his Cabinet and everybody else but himself and then order a halt to the construction, thereby earning himself some cheap political mileage from unsuspecting and gullible sections of the public.

Lest we forget, Hillary Onek, an engineer of hydrology and Minister for Energy and Minerals at the time authored and presented an expert opinion in opposition to the catastrophic proposal to build a dam at the picturesque Bujagaali Falls.

Onek was ignored, accused of being “anti-development”, a collaborator of the LRA’s Joseph Kony and years later, over a billion dollars broker, we’re suffering the very effects he warned about.

Economists have continuously presented evidence to show that Uganda’s energy problem will not be solved by the construction of dams; the problem arises from the privatization of the electricity value chain which has made the cost of power so high that it is simply unaffordable for most Ugandans.

Ergo, you can build fifty more dams but the domestic tariff will not come down for as long as you’re leading an impoverished, agrarian and largely unproductive population which only uses electricity for lighting, charging phones, running a few other basic appliances and perceives washing machines, electric ovens and bathroom water heaters as luxuries.

Museveni is not an imbecile. He knows what the problem is and fully understands the futility and adverse effects of a dam at Murchison Falls. If, as usual, he ignores the experts and the campaigners and goes ahead, it will not be because he doesn’t know or is ignorant.

Please don’t sanitise him by sending him petitions, as if to say he cares about the environment. His record (on environment) proves the contrary.

Instead, we should confront the big picture political questions that have led to the personalization of institutions and institutionalization of Museveni…so much so that every issue, from boda boda—KCCA wrangles, lecturers’ salaries, which parts of the body to have sex with, to the role of pastors in society must be addressed by him.

If we don’t tackle the real issue head-on, we might save Murchison Falls in the short term but will lose more national treasures in the long run as we blindly take part in his perpetual mind games and tomfoolery.
This piece was written by Andrew Karamagi