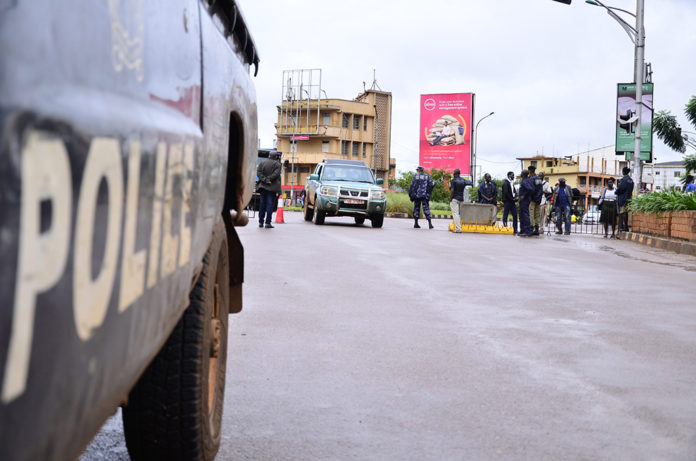 When the Covid-19 pandemic surfaced, a lot of things that we were used to changed right from the way of lives to the laws regulating us. Currently in Uganda, it is an offense in not only traffic laws to drive past general curfew time, that is 7:00pm and being found on the road with a not sounding reason, you may fall into the punishing hands of the police. One of the punishments for this is parking you aside the road for the night, paying a fine and even being charged in the courts law and serve some time in prison.

Meanwhile, travelers on tour purposes including those that Rent Cars for self-drive in Uganda can be allowed to operate beyond 7pm but not so late as long as their vehicles are legally licensed and registered for tourism purposes. While driving past curfew time, you can find a number of road blocks where Police has a right to pull you over for some few questions.

Yes, we all hear police is your friend and it is ideally what it is supposed to be. But this could be a different story once caught driving past curfew time. Most encounters of motorists with the Police at such times do not always turn out well. Again, avoiding the police once they pull you over may not be the best way to stay safe. It is therefore important to know what to and not to do so as to reduce the chances of a causality to the barest minimum!

Even though there are no barriers on the road block to force stop you, once you are pulled over simply abide. The police is on the road doing their job and a clean conscience mind has nothing to be afraid of so don’t make them think otherwise. Be a law abiding driver and stop. Ignoring their command to stop can be considered an offense and the bigger you force them go lengths to figure it out, the bigger the gravity of aftermath.

It is better for your time to be wasted than for you to get hurt.

Don’t take your hands out of sight

Whenever you put hands away from the sight of any police man, there is a possibility for him to think you are reaching out for something harmful, so please keep the hands in their proper sight. Remember these road blocks have different types of security officers from traffic police, normal police, ever equipped military police to army men. Some have the no nonsense Local defense Unit – ‘LDU’s’ officers. You never know that any of them can think of you while trying to take your hands out of their sight.

It is hands that people use to do actions, you might be acting on impulse to reach for something that is not harmful, and get yourself hurt for nothing. If they are on the steering wheel, hold them onto there. Simply talk to them. It is a good idea on to try to bring anything to Police until they ask for something.

Don’t panic and Stick to your words

This simply not to lie to them. We all lie for various reasons but it is better to do so if you are to stick your original story. Though lying does not automatically make you a criminal, it can show that you are hiding something. Some times panicking can lead you say words you weren’t meant to say. It is better to Say things as they are. The confidence and calmness you exude will make them let you go in peace.

Keep away from Arguments

If you have ever been close to a Ugandan police officer you will conclude with me that they are one of the most short tempered people among those you have ever met. Arguing with armed men is not a wise idea. Therefore, you should always watch your tone when talking to them. Try to keep it low and calm. When you are in the wrong, try to plead for forgiveness since these lads need respect at all times.

However, don’t just act like a fool and accept everything they say when it is not the truth but instead of raising your voice and arguing, keep calm and gently pass your message across.

Don’t charge at them

This goes hand in hand with arguing with Police. If you know you are in the right but they are driving you to feel a criminal, try to keep the temper.

Yes wee all get upset and tempers arise but there are limits to everything. No matter how annoying an officer of the law might seem, you have no right to charge at him. Some even reach an extent of getting out of the car and charge at officer. Please, don’t the line as this could make them react in strange ways. Just calm in your car as abide to what they tell you whether it is parking aside.