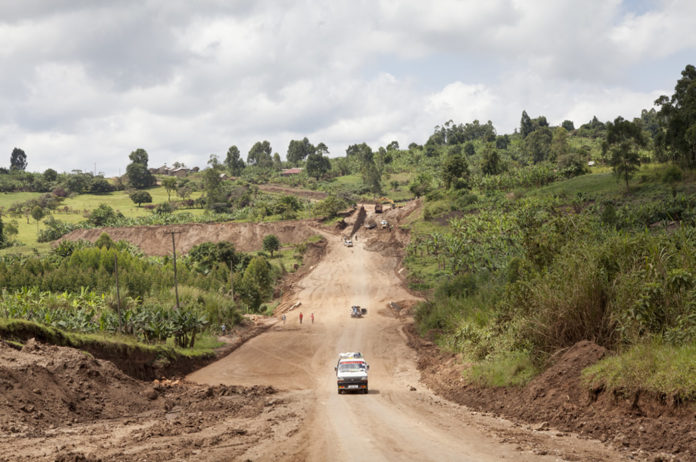 Uganda is an upcoming destination in terms of adventure travel. Many tourists flock to Uganda to take several adventure activities such as gorilla trekking in Bwindi impenetrable forest or Mgahinga Gorilla National Park, chimpanzee tracking in Kibale Forest, Budongo Forest or Kaniyo Pabidi, white water rafting along the Nile River, Bungee jumping in Jinja and more.

Uganda is regarded as an exciting place that can be visited any time of the year. You can visit this country any time of the year regarding on travelers interest and time of travelling. However the best time to visit Uganda is between January and February, as this is the most time when the countryside is green after a rainy season in August. For the nature lovers and those in need of Adventure of a life time in Uganda, this best time to get all this. This is also the time when pasture in the park is in plenty and animals can be spotted in groups and chances of seeing big cats hunting are high.

However the rainy season makes difficult to do mountaineering, gorilla tracking, and other forest walks as the trails becomes very muddy and very difficult to pass through making those activities very difficult. For a visit to the west – mountainous regions of Uganda, the months of April to October better suited as temperatures tend to be cooler.

Exploring south part of Uganda the best months are between November and January as the south is coolest in these months. Let us examine the most five things you must not miss when on a safari to Uganda.

Gorilla tracking is regarded as number one most done activities in Uganda and Uganda is regarded as the best gorilla safari destination in the world as it hosts almost a half of the world’s population over 400 individuals live in Bwindi impenetrable national park and the 80 lives in Mgahinga forest national park totaling about 480 individuals living in Uganda only out of 980 in number world wide, the rest is shared by Rwanda and the democratic republic of Congo. Most people have never got chance to see gorillas face to face and other even do not know how they look, and if they have ever seen one its mostly likely they saw them in a zoo. And if it was in a zoo, that was not a mountain Gorilla for mountain Gorillas can only be found in Uganda, Rwanda and Democratic Republic of Congo and only in the wild. Arrangement can be done with a gorilla trekking company to book your gorilla permit in advance for a period of about 2-3 months prior to your safari to either Uganda, Rwanda or democratic republic of Congo where gorillas can be tracked safely in their natural habitat and in Uganda a gorilla permit cost at $600 and in Rwanda $ 750 per person and you are only allowed to spend only one hour with the gorillas observing their behaviors, taking photos and also enjoying watching them playing, feeding making next among others. And for this reason it makes Gorilla Tracking in Uganda a number one on “MUST DO” activities in Uganda.

Your safari to Uganda would be considered the best ever if you choose to take on a challenge to raft on the source of the World’s Longest River “The Nile”. The Nile near jinja is taken as one of the most striking place in Africa to go white-water rafting. This is a very simple activity even if you never engage in this activity you can still do it as You do not need to have skills to raft in Uganda, all you need is to know how to swim and must be in love of Adventure in life, in Uganda there professional companies that can conduct your experience on the Nile and even at the Nile their experienced people (rafters) who can take you through the activity or they can join you during the activity. The activity takes up to full day or two days rafting on the Nile. If you book a family float will includes; All necessary rafting and safety equipments , breakfast, Snacks and buffet meal at the end of the day rafting , Cold Beers & Sodas. For an overnight you can sleep at the Nile or in Jinja town, come and explore Uganda’s wonders we are ready waiting you to take you through this wonderful and breathtaking activity.

Uganda is considered one of the best birding safari destinations not only in Africa but also in the whole world. When you look at Uganda on the world map, she looks very tinny and probably one of the smallest countries in the world covering an area of about 241,038 sq. km, but when it comes to bird list it transforms into a mighty giant as so far it has a birding check list of approximately 1000 bird species and in these include the Forest and Forest edge Birds, savannah grassland and savannah woodland Birds Fresh water and salt water birds all falling in either Resident or migratory Birds. Some of these birds are endemic to the country; mainly in the Albertine region these constitute 67% of Africa’s and 11.1% of the world’s total population hence this has made the country the must visit for bird lovers. To mention some of the most interesting birds in Uganda include; the crested crane (recently named ‘Gray crowned crane’), Shoebill, Wattled plorer, Africa Fish Eagle, African Jacana, Saddle Billed Stock, Pelican, African Pigmy Geese and Narina’s Trogon. The Shoebills very difficult or very impossible to find elsewhere. Uganda has some of the best bird watching expert (Guides) in the country there young people who are not only do bird watching as a career but also passionate in the field of birding they include both birding safari guides and site guides (By site Guides I mean guides that take you around a particular site of your interest). Many lodges, hotels, access roads and forests trails have been established and establishment of bird guides training programmes through the Uganda Bird & Safari Guides Association to facilitate all bird watchers across the country. All these have been done to make the activity enjoyable. To mention some of the places where bird watching activity can be carried out include in Queen Elizabeth national park, Lake Mburo national park, Kibale national park, Semulik Park, Bwindi impenetrable, Murchison falls national park, Kampala city in tall trees; Kidepo national falls the list is endless

Uganda has very many cultural sites, some of which you may not have all the time to visit all , it’s always advisable to visit Kasubi tombs which is just about 5kms from Kampala, Uganda’s capital and its largest city for that matter and see how it was back in the day before modern civilization took over Uganda. This interesting site is where the dead kings (Bassekabaka) of Buganda kingdom are buried including Mutesa1 (1865-1884), Daniel Mwanga11 (1884-1897), Daudi Cwa11 (1897-1939) and Frederick Mutesa11 (1939-1966). Uganda has got many tribes and each tribe has different traditional customs and norms, they differ a little from each other and if you‘re that person that has no much time in Uganda kasubi tombs is the ideal place for you to visit and learn at least something about African tradition in Uganda and the great role it placed in people’s lives back then. It is really worth to visit

This is indeed an interesting and challenging activity in Uganda, finding your self at the top of the mountain is really breathtaking. Mt.Rwenzori is some times called mountains of the moon it has got the longest ranges in Africa and permanent snow-capped peaks that offer great trekking experiences for Mountain climbers, Rwenzori is the highest mountain range in Africa with the highest peaks; Margherita (5,109m) and Alexandra (5083m) on Mount Stanley. Formed by faulting, the Rwenzori Ranges stretch out from Lake Albert to the volcanic Mountains of Democratic Republic of Congo. Not only climbing but the mountain ranges also supports a variety of animals including mammals like several species of antelopes, buffaloes, elephants can also be seen just to mention but a few and over 170 bird species, several of the latter being Albertine Rift endemics.