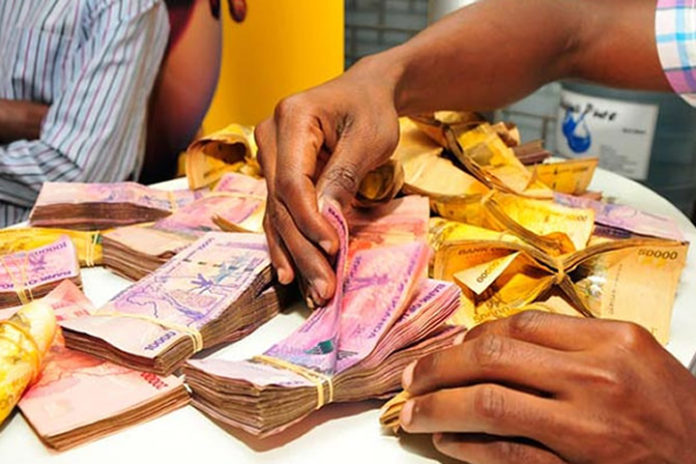 Who Wants To Be A Millionaire? No, this is not a political rally where the candidate warns us that his opponent’s economic plans will cause such leaps in inflation that we will all end up with boda fares in six figures.

No. It is a quiz show. Now on NTV. Where Ugandan dwanzies compete with Ugandans who are sharper than them to answer questions and perhaps win themselves the 25million shilling grand prize.

The show started last night with host Allan Kasujja, (aka Double J. His name is not actually spelt with a double L. He is one of those Alans who have just one. I just misspelt it above to show that we are boys me and him and we can make such jokes about each other. That’s my man. Childhood friend. I even knew him back when he was a little kid of only six-two.)

If you know Alan Kasujja, aka Mr President formerly of Sanyu FM now of Capital FM fame , then you know that he is a man of distinct carriage, a full booming voice and that he is made entirely of height.

He was the host. He came on and introduced the gladiators. We had two of them.

The first: She was an unemployed student of Quantitative Economics who was unremarkable in every other way. I don’t even remember her name and I wrote it down somewhere.

J-dub began the game. The tone was set. He wasn’t throwing questions at her. They were so soft and so easy and so gentle and tender that he was more like blowing kisses with question marks at her. What insect makes bees? How many times has Obote been president (everyone knows he has only been president once. The second time doesn’t count cos that bastard rigged).

They asked who lived in Neverland Ranch. She asked the audience. 80 percent of them told her who it was, but 3 per cent said it was Popeye. I wonder who those three percent are. Security checks should be more stringent.

But her easy ride came to an abrupt and shuddering end when they asked her, Oh Quantitative Economics Chick: Did Shakespeare write Jane Eyre?

The woman had never heard of Jane Eyre. Biki ebyo? Simanyi babilya? She phoned a friend who was equally literate and therefore ended up losing. But The great thing with this game is you don’t go home empty-handed. She took 1,500,000 bob home.

Next up to bat was Brian. Brian seemed sharp. Brian seemed like he knew things. Brian seemed a bit impatient with the parts where he had to pretend he was mulling over the answer even though he knew it. Brian breezed through the first round. In the second and he wasn’t sure that Kwame Nkrumah and not Jerry Rawlings was the first president of Ghana. But his undoing was that he did not know that the movie about a ballet starring Natalie Portman was called Black Swan.

This is how faithless and cruel this world is: a guy is punished for not knowing when how and where Natalie Freaking Portman goes to play ballet. It’s a movie about Ballet. Even I plan to completely unknow all about it the moment I finish writing this post. If he didn’t know Iron Man or Transformers you would have had cause to beef, but every dude has the right to not know shit about ballet movies.

Tune in for the next one Monday at eight on NTV.

The Origin Of The Rolex