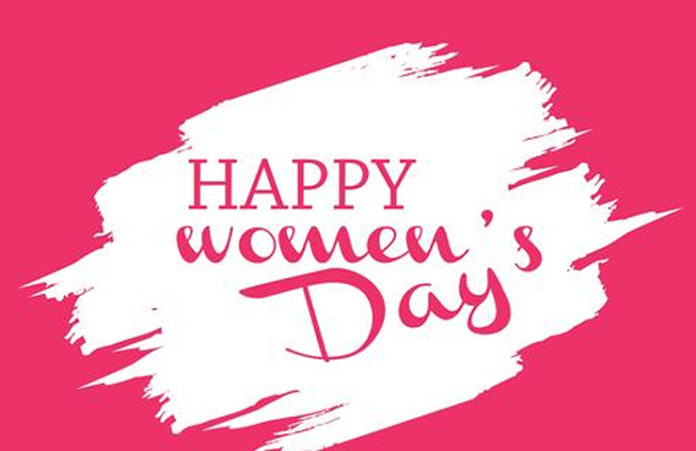 It was on March 8 60,000 BC that God created the first woman and that is why we take this day off each year to reflect on Woman’s contributions to society.

Some women are awesome. Some suck. Because we don’t want to discriminate, least of all on Women’s Day, we are going to recognize both the awesomest and the lousiest women in our special women’s day post.

My nomination for the World’s Greatest Woman is Jennifer Mu$i$i aka Jenny From The Block aka J-Mu.

One day she was just making cakes, and the next she was earning all of the money to chase the socks, safi and ganja sellers off Bombo Road, shouting “Get eradicated, your filthy bastards!”

You may say her heavy-handed Kim Jong Illish tactics were unfair, especially now that you have to go all the way to the park to buy Chinese underwear, but just know that it is thanks to her that there are no rolex stalls outside Diamond Trust all along that road up to BOU. It is only the timely intervention of the Mighty Musisi that saved us. I know we all love rolex, but that stuff is not hygienic.

My nomination is Lady Gaga. The reason is obvious, but I’m going to first go over the objections you are going to raise.

“Oh she makes great music.” So? Who doesn’t? Even LMFAO make good music. Doesn’t mean they’re not the most gonorrhealistic worms that ever infected the rectum of music.

I salute Bad Black. No, no. That doesn’t mean that she has me standing at attention, but I recognize her contribution to our little landlocked country. Not many Ugandan ladies would go out of their way to buy people drinks, but Bad went the extra mile and made it rain in the club. Well done!

So what if she used her body to make money? Unlike you, the government can’t tax her income. That there is as innovative as it is shrewd.  Bad Black Brought Bleaching Back! Badness!!

My nomination for ‘eh-eh’ woman of the year is that girl from the Sukuma advert on telly. I wanted it to be someone from the sexual network ads, but never has sending an sms looked so unappealing.

That ad comes on and I quickly drop my phone lest I start doing “the dance”… you know the one. I do not know her personally and it’s very likely I never will, but anyone that can take texting and turn it into what must happen when the “I need a distraction while I wait for the cubicle in the loo opens up-dance” and “Ugandan video sex appeal” meet and have a baby does not deserve any credit.

On the plus side, “Mwana, ndi wano nsukuma” has taken on a whole new meaning…

No, it’s not what you think. We broke up. The reason for my nomination is different.

When a woman leaves Barbados in Kalerwe, boards a plane to America and takes a boda to studio just to record an announcement asking people to help and tell her what her name is, you can blame it on farming in China and let it pass.

But when people start singing and dancing to the announcement instead of calling her to pass on their condolences and read her what’s on her birth certificate, you know she forgot to move with her clothes. Respect to all the women who wear clothes that are still in the larva stage of growth.

Masts are tall structures designed to support antennas for things like television and radio broadcasting. They are among the tallest man-made structures and are constructed using heavy steel, reinforced concrete, fiberglass and wood.

You know where I’m going with this, right?

With these construction materials, mast assembly requires so much dedicated labour that it takes a team of not less than thirty strong men aided by hefty Class A machinery and Straka to assemble just one adolescent mast.

Respect to all the female mast uprooters in the world. And the women doing master’s degrees.

That enterprising, go-getting, take-no-prisoners woman who after downing the guy’s drinks all night asks him to drop her in Nabbingo. At 5:00 A.M. You are a true hero. You fuel the economy.

Oh oh oohh teacher me. Also, that lady who goes and takes all her photos with one limb sticking out. She lets so many men out there know that the power is in their hand.

That woman who goes to the first date with three of her buddies. She’s letting the guy choose a position on the sexual network.

Erique: The man wasn’t at ULK headquarters because he was doing a much greater service to his woman in her honour. Bless you, Streets. You’ve truly represented and fought for the honour of all men. May your farts never stink.

From the entire team at ULK, we wish all women the greatest of celebrations. It better be a public holiday. That’s a threat.