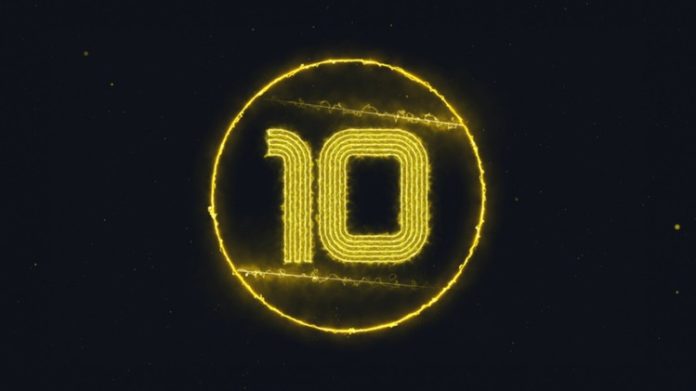 Much to my consternation, the year is still young and as such it’s making stuff up as it slowly trudges along. Unfortunately, in the process, a lot of the stuff it’s chucking out at us happens to be a rehash of stuff we have seen or experienced before.

On the plus side, we can sort of predict what’s to come… using algorithms, a mysterious dusty book from way back when and time travel. Here’s what you can bet will be in the news this month.

Ever since this month yawned and woke up from its cold bed on Monday, it hasn’t gone back to sleep. It is an insomniac week. It needs its sleeping pills. However, a lot has happened in the paltry of days that have passed. If you never noticed, slap yourself hard in the face and thank God for MBs. Moving on, this is what has happened so far that people won’t stop jabbering about around their pots of malwa in their little, filthy bufundas.

Another batch of nudies or sex tapes.

Musicians have been tackled, so have TV presenters, it’s only fitting that the nasties scale the walls of politics and claim a representative of the people. I’m not a gambling man, but I think the first prominent member to rear his head in your WhatsApp thread is going to be a former mayor. What will make it disturbing is the fact that you will not know whether you should laugh or be disgusted…or sorry. This cocktail of confusion will give way to…

An apology for the sex tapes…

For whatever reason, people have developed an annoying tendency to apologise for their leaks… Zari too, and if you watched her video, you would understand why it doesn’t make sense that she issued a statement. Issuing data refunds would have been more effective as would putting her back in to it next time, but I digress. The lead star in the new video will be despondent and say he is sorry that his “private parts are now in pubic”. We will laugh at how hysterical it is that he can not pronounce the word PUBLIC, but out mirth will quickly give way to anger as soon as…

The police will order a probe in to this new sex tape….

Which doesn’t make sense when you think about it. If you’re reading this, you are probably contributing to their salaries through some tax or other, however you have to ask yourself, why are they detaining people for more than 10 minutes under the pretext of questioning. Come on, how much time do you really need to ask a suspect whether that’s them appearing in the video/picture posing with a tin of doom saying, “you’ve been dirty, I’m the cleaner”.

I imagine out of the embarrassment, the accused will rush in with a full blown statement printed out in Times New Roman, double spaced and with a passport photo attached. Even if the interrogation went thus, “is that you? Are you sure? Are you reallllly sure?” It would be a miracle if it went beyond an hour…. And that’s factoring in the request that the person in question pose for selfies with some random traffic cop. What you really should be paying attention to is…

In case you missed it, the president of the republic engaged his cabinet in a game of musical chairs at the end of last month… it was particularly interesting because it soon became apparent that the people in the game had no idea they were in a game and from subsequent interviews, it was evident that the president was not playing. It might have been that my WhatsApp message was truncated and as such I didn’t get the full list, but I imagine it’s only a matter of time before another seat is removed and some hapless individual has to face the music… but these things are not too bad. There’s always . . .

KCCA has made it clear that they mean business and have gone around closing establishments that are unhealthy, breaking buildings and threatening to arrest boda boda riders who fart while their customers are on the phone… Alright, I may have imagined that last one, but the point is, the Executive Director is on a mission to prove she means business… Unfortunately the road to my place is not aware of this and still goes on to rape the tyres of cars and devour those of boda bodas in a sadistic ritual involving its children, the potholes…If you think that’s contrived, wait till you get a load of…

Beneath The Lies gave our celebrities something to do (for those that could actually act, anyway) but NTV (also known as the TV station that hosts Fabiola’s hips) has struck gold with their latest idea. Simply put, it takes that feeling you get when you’re watching a show and thinking, “I’ve seen this before….” And shouts at you, “heck yeah! We just made it local”. Basically they are taking one of those Hispanic soaps with a tacky name such as, “The Wind Beneath The Flower of Death in The Valley” in the English language and something in Spanish that sounds poetic enough to make you want to have unprotected sex with it in poor lighting, apology letter in tow…. shit, that sentence went on for too long…

Right, so basically NTV has taken a show and decided to make it UGANDAN. This is a smart strategy for a number of reasons. For one thing there’s the digital migration nonsense that will see an uptick in local content, but why I think it is a clever move is this…. While The Hostel may come under scrutiny for poor acting, this new show will know it’s on the right track when people deride its stars for not looking genuine.

The rains are back. They never sent a WhatsApp, or a DM. They just came, unannounced. Most city dwellers were sweating mbu nti there are being subjected to too much sunshine, which causes rickets, by the way. And soon, they might be balding because the sunshine was scorching. Amidst the wails and pleas, NWSC showed us mbu it is the custodian of water, that Desire is overrated and it gave us Zari. Also, just like that, without notice. It cut off water supply within the city suburbs. In the process, a new cologne had been invented (thanks to not showering) and most folks couldn’t wait to get to office and use office toilets and brush their teeth in there. However, God looked down at us and said, “My creation, also!” He told the askali to open the gates and the rains poured. It has been cold. Too cold. The bachelors and the bachelorettes and the freindzoned and the chucked and the singulars have been at pains with the coldness. The poor souls in Bwaise couldn’t comment by press time.

When he opens his mouth, he never closes it. And when he doesn’t close it, it causes chaos. Sheikh Muzaata has caused a storm in a tea jug when he commented about the etoofali money-making scheme and the president, not with the hat, but with the weed, didn’t take it lightly. The president in this case, if you’re slower than two snails, is Bobi Wine, smoked and chewed some cud and barked back at the Sheikh. They barked and barked, like stray dogs upon seeing a female dog walking past them without saying hi. The barking is still on.

He was appointed State Minister for Regional Cooperation by fellow agemate. At the handover ceremony of the office, the youthful minister (who looks too old) pitched up at the offices, sauntered in like Oswald Boateng. His choice of dressing, an oversized coat that covered his fingers and touched his knees, his tie that looked like a camel’s tongue, his shirt that looked like it was pulled out of a rhino’s mouth caught everyone’s attention. The picture went viral that it is now copyrighted. The minister, however, hasn’t come out to say who his fashion inspiration was. He remains tightlipped. If he says it is Sevo, we shall let you know.

Also in the news, President Museveni met Amama Mbabazi’s wife, you know. They shook hands and smiled and winked at each other and sat and waited for 2016.