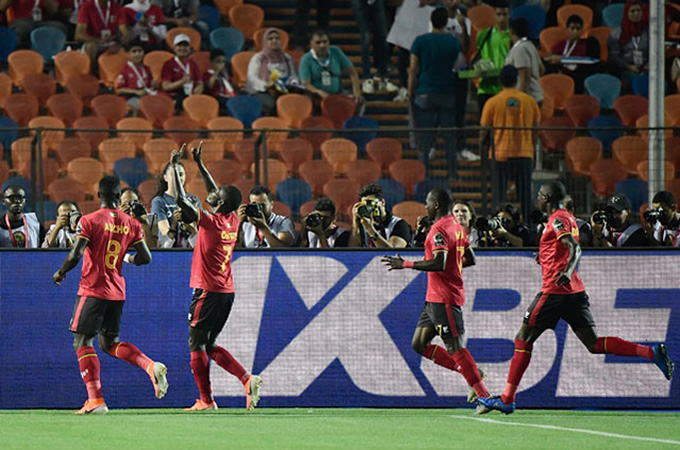 Uganda has officially qualified to the next round of the Africa Cup of Nations 2019 afterwards finishing second in Group A. We can now confirm.

The Cranes reached the round 16 of the ongoing tournament in Egypt with four points, three points behind Egypt.

Despite losing their last game in the group by 2 – 0 to the hosts, Zimbabwe losing to DR Congo by 3 – 0 was enough to book the Sebastien Desabre coached side a place in the play offs.

DR Congo who lost their first two games in the group to Uganda and Egypt respectively finished third while Zimbabwe bottomed the group with only a point that they secured from Uganda.

This means that Uganda and Egypt qualified to the next stages as DR Congo is still waiting for a chance of qualifying in one of the four slots for best losers. Zimbabwe.