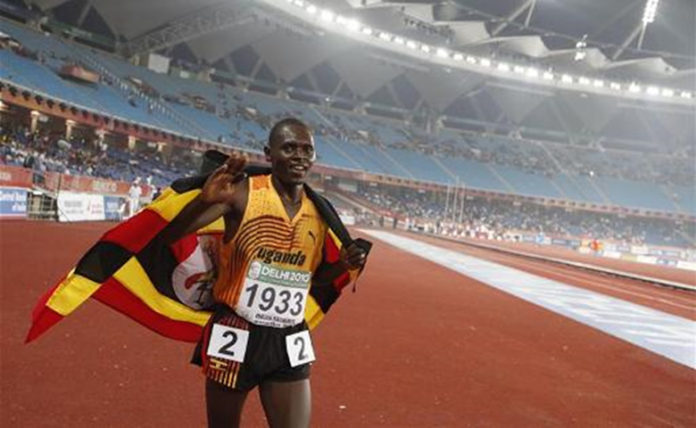 After winning the men’s 5,000m gold medal at the Commonwealth Games yesterday, athletics star Moses Kipsiro’s shadow has urged the Uganda Human Rights Commission (UHRC) for protection against his “inhumane speed”. The appeal was first made late last week after apparent futile attempts to talk to the marathon star about the way he always unfairly leaves the shadow at the starting line at every race.

“Since birth, I have never left his side. Now I suddenly mean nothing to him coz he’s famous?” cried the estranged and bitter shadow. “What is he running away from anyway? The first time he took off at shuttle speed, I forgave him coz there was this mad man next to him who held a gun and shot up in the air. He must have been afraid for his life. But it happened again and again and I thought ‘why does he always run away from me whenever there’s danger?’ I beg the human rights commission to please do something.”

The UHRC Chairman Mr. Med Kaggwa, however pointed out that much as there’s considerable plausibility in the shadow’s plea, they are a human rights, and not a shadow rights body. “Just try to run as fast next time,” he told the tearful shadow.

Moses Kipsiro finished ahead of Kenyans Eliud Kipchonge, Mark Kiptoo and Vincent Yator whose shadows hit the club right after the race in celebration of their victory over Kipsiro’s shadow. “We’re getting high tonight. I don’t care what the laws of physics say,” screamed one of the jolly shadows.

Chameleone Weasel In A Bloody Brawl