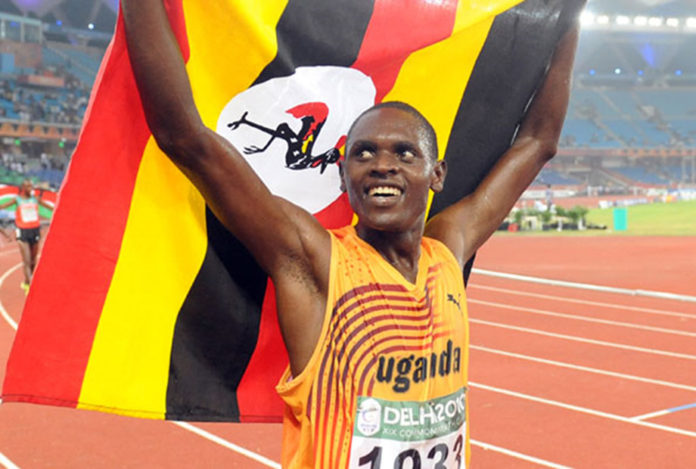 Gold medals at the XIX Commonwealth Games in New Delhi have started a sit-down strike in protest of Moses Kipsiro’s evil plot to move all of them to Uganda as slaves. The strike was triggered by Kipsiro’s second win in the 10,000m men’s final of the Track and Field competition.

One of the medals that preferred anonymity for fear of Kipsiro’s cruelty said that it believed Kipsiro wasn’t working alone. “I’m telling you it’s a network. My 5,000m cousin told me he overheard a phone conversation between Kipsiro and the President of Uganda, can you believe? It goes that high. Mbu the President told him to abduct more of us and take us to some hideout called Pampala or something like that,” it said, close to tears.

A representative of the Medal Union who also preferred anonymity disclosed that they will not resume work unless the Kipsiro matter is taken seriously and handled by the right authorities. “Our first brother was promised a new home in Kenya but then Kipsiro jumped out of nowhere and took him. We complained to the police and they said they’d do something, though we were left wondering why people kept cheering after such a cruel act. Then it happened again. Look, I have it all on tape.”

The representative’s tape showed Kipsiro surging into the lead pack after four laps, keeping behind three Kenyans Daniel Salel, Joseph Birech and Titus Mbishei. The Kenyans tried to catch up but Kipsiro kept his rhythm before striking in the final lap and finishing at 27:57.39.

“I thought Indians were very hospitable but if they can’t control Kipsiro, I swear we’re leaving,” shouted the representative before slamming the door and cursing on his way out.