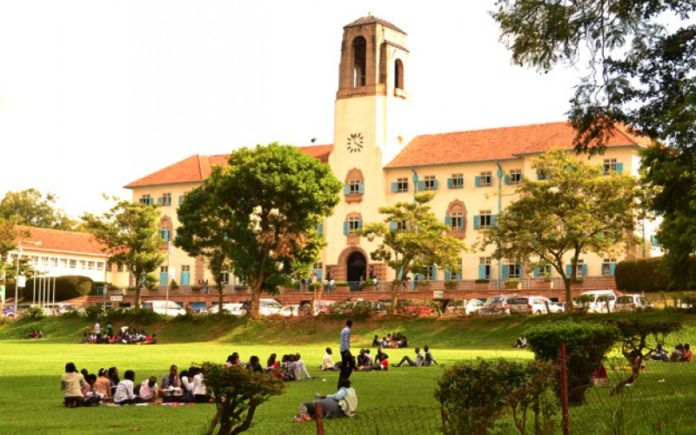 Makerere University, the internationally acclaimed centre of learning excellence that has tragically been beset lately by scandal and strife, is now set to reopen. Such great news, especially for the housegirls at home who are tired of cleaning vomit out of bathrooms and sick of washing drawers with skidmarks.

Skidmarks and puke are typical end results of a night out for a Makerere University student.

At least they were when I was on campus in the 50s. Things may have changed lately, what with this era of ipads and Orange.

The government, under Education Minister Kahiinda Otafiire, have warned that there are going to be some changes in the way things are run. The news article did not elaborate on what these changes were, or maybe did, but only after my attention had wandered off, so we can only speculate, and hope, that the following urgently needed alterations are made to the way things are done up in MUK.

Free Stable Wifi For All. And it should come with compulsory autocorrect. It’s one thing to do this on facebook and in our ULK comments section, but corporate Uganda and its iron-knickered Human Resource personnel have had it up to here with application letters written in krglf language. That I Hear:

Hi Am JOSE am lukng 4 a job az a prufridder or evn a rytr en ur kampani I kan stat eni de. LilWeezi yng mani 4 lyf!

That has to stop.
But more problematic is of course the Dear John letters hot young Makerere chicks are sending to our middle-aged fathers and elderly uncles. First of all, get off the sexual network, you harlots. Secondly, they don’t understand that they have been dumped when they receive emails saying “Itz ova.” They think that means you want to travel to Kigali for the weekend.

Stripper Poles: Makerere University and its satellite hostels need to come into the modern age in terms of furnishing residential halls. Some hostels have set the pace and they come with all the amenities and facilities that can be expected of a young budding intellectual’s place of abode, but too many are lagging behind. Please, architects, install these poles in the rooms.

Safe hygienic supply of clean water: The university located perilously close to the Odluvai Gorge, that is the actual evolutionary souce of all cholera (Makerere College School) and this leads many MUK students to be wary of touching water. However, we, the general public, the people who have to smell them, would often rather have an entire intellectual generation die of cholera than sit through another taxi ride with another stinking dude.

Now, me I’ve finished. As We Build For The Future, Makerere Oye.