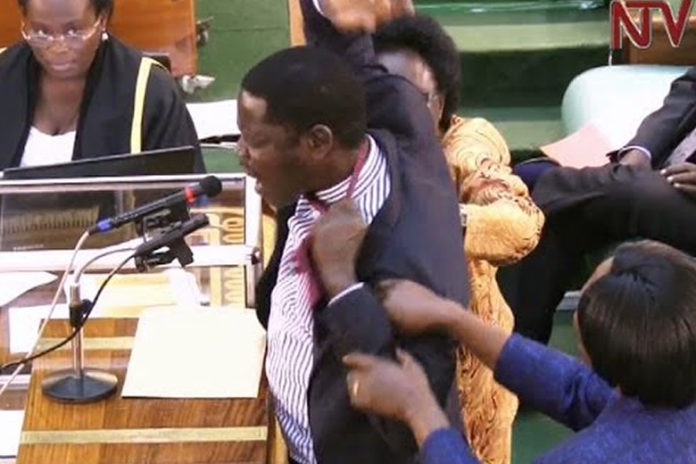 To date, Uganda has granted asylum to more than 110 districts, making it the districtest country in the world. But even then, recently, a parliamentary committee recommended the creation of five new districts. To explain the meaning of this, we kidnapped a government official from the department of districts for an interview.

Thank you for honoring our invitation, sir.

Let’s delve right in. We want to talk to you about districts.

No problem. You want one?

Uganda now has 111 districts. And yet you’re still creating more.

Yes, a lot of people are winning.

Yes. We have this promotion. It’s a Christmas promo we do every year. Next year we’ll give out ten new districts.

What’s the promo about?

It’s dubbed ‘Who Wants A District’ and participants have to be Ugandan to qualify. Those who are not Ugandan are required to lie that they are Ugandan before they become eligible.

How exactly are the districts given out?

They are transported from parliament-we use Fusos mostly-and taken to where the winners stay. Depending on the level of winning, the districts can come with added bonuses. The top winner gets a district complete with people inside, the first runner-up gets an empty district, and the second runner-up gets just people.

Where does he put the people if he has no district?

Well, that depends on him. We try not to tell them what to do with their prizes.

I see. Aren’t you concerned that with all these annual promos, the number of districts may, at some point, become too big?

There’s nothing like too many districts, my friend. Districts are like air. Can there be too much air?

That’s not really a fitting analogy.

Exactly. Without air, we all die.

But I don’t see how…

Look, do you read the Bible?

There’s a verse that says, “Innovation distinguishes between a leader and a follower.”

What it basically means is those who don’t have districts are followers. And we as a country want to be leaders.

And that’s why we need districts.