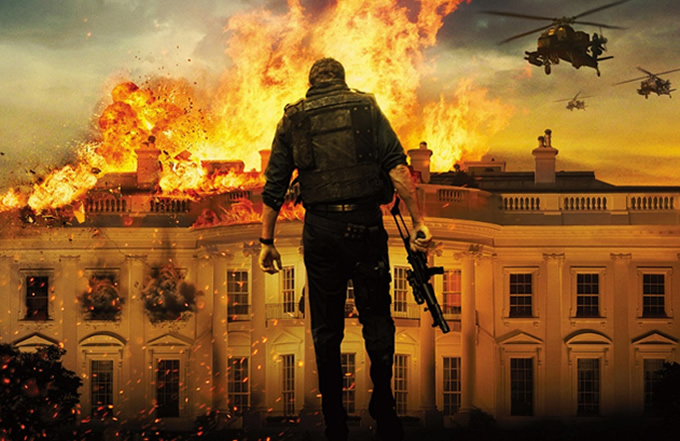 Have you watched the movie White House Down? Those who haven’t probably think it’s about giving directions nti mbu that the White House is down those ends, but it’s not.

Now, we all know how cool it is when a country is attacked and things are blown and cars are chased and people die.

Unfortunately, much as we’d love for this to happen to other countries for a change, it can’t. It’s something to do with the way the American Constitution was drafted to restrict aliens, zombies and all bad guys to attacking the U.S. alone.

So the rest of us are left to just imagine it for ourselves. To imagine properly, we had to start by inducing boredom. So we tuned in to Hot 100.

Presenting 10 things that would happen if State House was attacked by the American Association of Bad Guys.

3. Then they’d walk into the Oval Square Office and be surprised to find that it has a bush built within. Museveni would shoot at them from the bush.

5. Meanwhile back in Parliament, they’d swear in fellow president Bobi Wine to take over power.

6. To avert the crisis, President Wine would record a song about weed and send it to State House to smoke out the bad guys.

7. But he’d be arrested for writing letters.

8. Then there would be riots and disorder in every town in Uganda. Back in Kasangati, Besigye would get out of his house to see what’s happening but would be teargassed back in for trying to cause chaos.

9. General Mega Dee & his army would descend upon State House with deadly CDs rejected by radio stations to rescue the president.

10. After a successful rescue, the bad guys would be sentenced to death. But they’d get pardoned and be appointed ministers cos they had NRM cards.