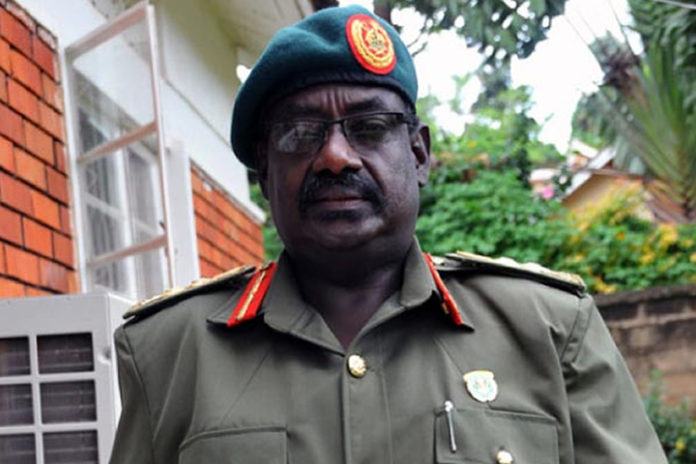 If you’ve been on the Ugandan internets, then you know that Uganda Police downloaded the new version of Angry Birds and played it yesterday at the Daily Monitor and Red Pepper offices.

They raided the offices of two newspapers and two radio stations, not to send dedications to loved ones, but to look for the letter General Sejusa sent to the media houses for publication.

However, when the raid started, the letter was out in the back peeing from whence it heard the scuffle and sneaked out through the toilet window. It immediately reported to ULK headquarters for refuge and a cup of tea. Here’s an interview it had with our ninja reporter.

Reporter: How do you feel? I see fear written all over you.

Letter: Still shaken up. I peed on myself even. See.

Reporter: Dude! Put your envelope back on.

Letter: Sorry. I have a thing for exposure.

Reporter: So why are they looking for you?

Letter: I kissed a girl and I liked it.

Letter: You guys hashtag in this place? Nice! The ones of Monitor & Red Pepper were detained for questioning.

Reporter: Damn! Hope they haven’t touched Facebook likes and comments. They are practically like family to us. So what makes you special from other letters?

Letter: Thing one and thing two.

Reporter: That’s a lot of things.

Letter: A lot. And I’m not the only one.

Reporter: There are other letters?

Letter: You think an operation like this takes the effort of only one letter? There’s a whole army out there.

Reporter: A rebel group of letters?

Letter: More like a coalition. We call ourselves NRFFDL; National Resistance Forum For Democratic Letters.

Reporter: And it is this…NRFFDL that’s plotting against government?

Letter: No! We’re a peaceful coalition that just wants its demands met. We don’t even know how this escalated to police levels.

Reporter: Well, isn’t it obvious? You threaten government, you get arrested.

Reporter: Wait, are you revealing the information you carried? Cos we’re broadcasting live.

Letter: Anti you forced me. NRFFDL doesn’t tolerate misrepresentation by malignant saboteurs from government. You see how I just used threatening words that sound very much like opposition? That’s because the information we carry is not for jokes, my friend. The first letter included a simple request to Mama Nakimbugwe, a sumbusa wholesaler in Namanve, to return the general’s balance within three days or face severe consequences.

Letter: Listen! I’m still finishing. The second letter, which was even sent way before the first letter, was notifying the public about the general’s change of name from ‘Tinyefuza’ to ‘Mastablasta Raggamuffin Bunsenburner’ but again police blocked its publication and the general was forced to go with an alternative name from the black market. Typical violation of human rights!

Reporter: Are you telling me…

Letter: Yes, I’m still telling you! The third letter, which is actually me, thank you very much, was just asking the public what ‘Opa Gangnam Style’ means. Why should a whole general who went to the bush and fought for the liberation of this noble country be subjected to lyrics which cannot be sung without the influence of alcohol? This is the kind of government oppression that the National Resistance Forum For Democratic Letters is fighting against and if the police are going to keep us from raising our voices, we’re ready to fight back! We shall not be intimidated by such feeble matters! We’re not cowards!

Askari: (Runs in panting) Sir, I’m sorry but the police just forced their way through the gate. They are coming upstairs.

Letter: Shit! Which side are your toilets?