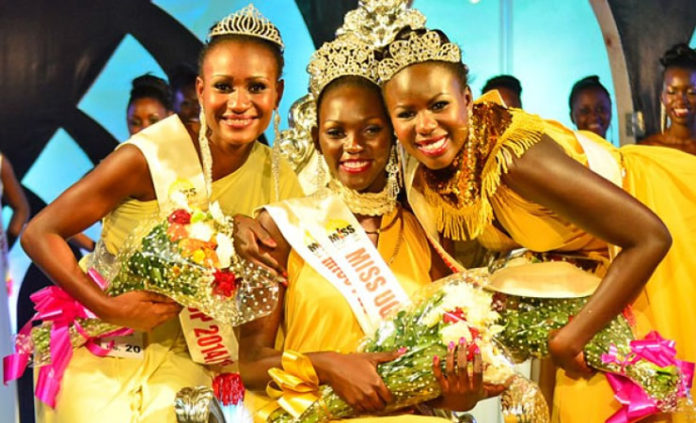 When her beautifulness Leah Kalanguka was announced Miss Uganda, locals, naysayers, haters, ugly people, idlers and a horde of important people in the government of social media seemed surprised and, poof, they were up to the races; spilling vitriol and engaging in hate drivel. Their sisters, all along, were tethered by the bedside and they couldn’t go for auditions. They missed. They climbed up ladders and shouted themselves hoarse. Mbu she wasn’t beautiful enough. Mbu her face looked like she was mulched. Mbu she looked as if an ox walked all over her face. Mbu she was as if terraced.

However, news filtering in have it that the deemed mulched Leah might run away with the Miss World crown. She started from the bottom and now she is thoooose ends. We tried to call the Editor of Daily Mail (who ranked her) to comment about it, but his phones had blacked out. So, we combed Leah’s area of residence where we chanced upon folks who knew her when she was toothless and concerned citizens of this beautiful nation. This is what they had to say. Read below.

Mpatalyona Richard (her ex). I used to tell her that she was the most beautiful woman in the world. The whole world, even Busoga inclusive. Even after she moved on, she meant the world to me. When is the voting and I vote?

Kirikuwiine Esteria (her best friend). You mean Layer? Nga she never told me that she was standing for that post! Kyoka that ka-girl. I won’t even vote for her *shoves mouth in the nose*

Byoboona (her former classmate). I knew it. She used to draw the map of the world at the back of her 32-paged books.

Balyanango Joseph (Business Associate): Oh, have you been talking to her? She is lost. I don’t even know where she went. Please tell her that the other hen she loved so much gave birth to 12 chicks. The eagle took the 13th.

Bebe Cool (a homeless citizen): Ask me about Zuena, please. Booombocl…wait, is she related to Bobi Wine?

Desire Luzinda (Former Miss Popularity Contestant): Much as I drew attention from her to myself, I think, she is a bewriful girl. She is gonna win the trophy. Peace!

Frank Gashumba (A loud object): Is she more beautiful than Sheila? First confirm. If the answer is negative, then vacate my house.

Army Commander (Her sponsor): Leah is the bomb, eh. If she returns with the crown, I might consider sending her to Somalia to help sensitize people about farming peacefully.

Fr. Lokodo (Morality Enforcing Department): Forgive me, Father, for I have seen.

Safe Word Ideas: Safe Words to Use During Sex