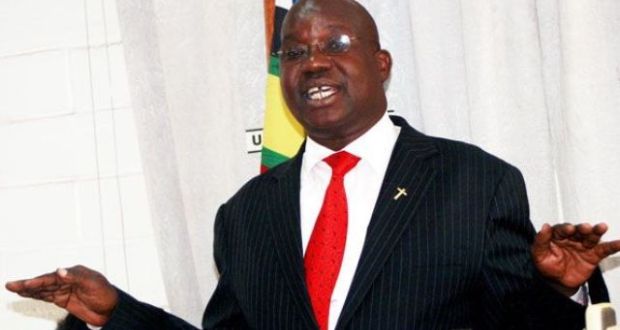 Last year, Uganda’s Minister of Miniskirts Simon Lokodo told women to stay off miniskirts. This year, we find out that it wasn’t meant in the “don’t wear them” sense, but in the “don’t do anything bad to them because they are precious to me” sense.

Here’s our interview with the Regional Head of Miniskirts.

Loko: I didn’t dig into my wife’s phone last night to check if she was playing sex with other men. I was misquoted.

Loko: You talked about digging.

Loko: So you didn’t talk about digging? Meaning you were misquoted?

Loko: Which means you were misquoted. Now do you get my precament?

Loko: What did I say?

Loko: I was misquoted.

ULK: Must be your favourite excuse.

Loko: We’ve know each other from way back.

ULK: You and the excuse?

Loko: Yes. We first met in primary school when my P.3 science teacher accused me of calling someone a baboon.

ULK: And you were misquoted?

Loko: Yes. I didn’t call someone a baboon. I called somebody a baboon. There’s a difference.

ULK: Is that what happened when you banned miniskirts?

ULK: What exactly did you say?

Loko: That they are banned and women should not wear them.

ULK: And how were you misquoted?

Loko: Do you want some tea? Coffee? I just remembered I didn’t offer you anything. Which, if you think about it, is very shameful for a whole Minister of Integrity. Where are my integrities?

ULK: Mister Lokodo, I have a really long day today. There are movies I have to watch and drinks I have to finish. Can we get back to the issue please?

Loko: I have only tea and coffee.

ULK: Did you or did you not ban miniskirts?

ULK: Lokodo, did you ban miniskirts?

Loko: Fffssshhh…fffssssshhhhhh…Hello? Hello? I can’t hear you! I’m driving through a tunnel.

ULK: Boss, this is not a phone interview. Stop playing.

Loko: Now I can hear you.