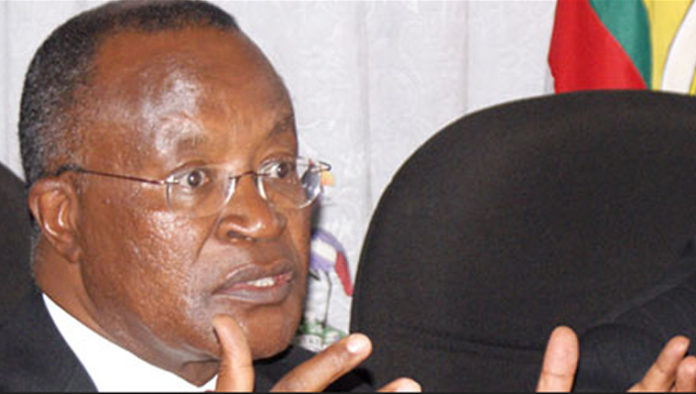 In the wake of reports that Nsaba Buturo has asked the National Theatre management to watch a documentary on Human Rights that may harbour pro-gay sentiments and potentially issue spoilers, the dynamic pair of Ethics and Integrity have finally stepped up to distance themselves from the minister.

“The thing is, we don’t really know that guy. You get? I mean, we have heard that he keeps using us as scapegoats to pursue his agenda, but we figured, we can’t be dragged into that shit. I mean, really, not to blow my horn, but my name speaks for itself,” a visibly infuriated Integrity told this reporter.

“I’m not saying I disagree with the Minister, but you know how you can be there at a party and someone asks you something nga they already have the answer. You offer your opinion and then they go and snitch. That’s what happened. In fact, you know what? That’s what he is, a snitch!”

We have since received confirmation from the Snitch family that Buturo is in fact one of their own, and though they take full responsibility, they really wish he’d learn to shut his trap like their ‘died-under-mysterious-circumstances’ relative, “Nota Snitch”.

Ethics added, “You know, I’ve also heard mbu he knows us intimately. That’s not true. I will tell you that right here and right now. But I want to say one thing to the Ugandan people. I want you to listen to me. I’m not going to say this again: I did not have sexual relations with that man, Mr. Buturo. I never told anybody to spoil a movie, not a single time; never. These allegations are false,”

When contacted, the minister took his sweet time about responding. We couldn’t be bothered to wait, so we went with his brother’s comment instead, “They said what? Say swear. They are lying! Tell them to say the truth and ashame the devil. Then, in case they manage to pass that test, tell them to cross their hearts and hope to die.”

We couldn’t get any more feedback because it was past his bedtime.

Ethics and Integrity say they decided to come forward now partly because the Ugandan people deserve to know the truth, and also because they were scared of Miria Matembe and it generally made sense to keep quiet.

“Man. When else were we going to say something? I mean, we sat through the Matembe era without a word, and see where that got us. Next year we have elections, I think it’s only fair that we distance ourselves from people ‘kwen-tying’ themselves on us, you get?”

Asked whether they have ever interacted with Pastor Sempa, Ethics and Integrity could only say, “LOL”.

They did however ask the public to take what they hear with a cube of salt, “Everybody says they know us, everybody uses our names in vain, but that shit has to stop!”

We will keep you updated as the situation develops.