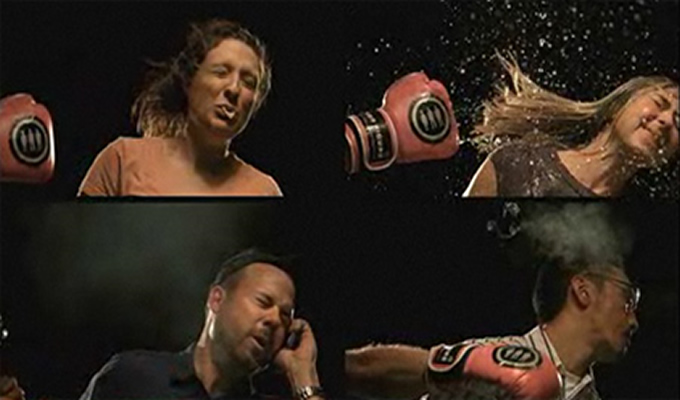 This particular piece is for the younger readers. Dear fairly old reader, most of the stuff you’ll read here will seem slightly obvious. I’d recommend taking a cup of tea if I was sure you had sugar. But I’m not. So yes, back to you dear young reader; many times you find yourself tired of arguing with your friends  about how the ailing socio-economic situation cannot be alleviated by gross external funding. You argue for hours on end but finally agree to let the matter lie and you all head to the cinema to watch a movie. Movies are places to let your eyeballs experience all kinds of awesome things. Flying objects, broken hearts, speeding cars and busty damsels all make your eyeballs thank you, their owner, over and over again.  A word of caution young one; not all those things are true. I know, I know, hard pill to swallow. I’m here to let you know what isn’t true in those movies you watch.

There is no such thing as things slowing down enough for one to see a blow approach. In real life, real blows come at you very fast. One minute you are arguing, the next you are flat on the ground muttering some things about mars. No.Slow.Motion.

Not based on reality

There’s always a scene in movies where the well-paid, well-known star is surrounded by a mob of angry people who all want to beat him/her up. He/she usually jumps and delivers a single round kick that fells all of them. There is no such thing in real life. In the real world, if you are surrounded by angry people, chances are you are going to be beaten-up and undressed. Or undressed and then beaten up.

These do not exist. Conductors with poor hygiene do. Thieving politicians do. Lady Gaga does. She does come close, but no, she isn’t an X-(wo)man. Vampires live forever. In the real world though, no one alive today was around when Shaka Zulu was going round impaling people.

There’s always a fast-paced car chase in all movies worth putting on your eyeball schedule. For some reason, the speeding cars always go through markets and knock down stalls. In real life young friend, car chases end in mangled metal, broken limbs and death. When the police flags you down, do not say a bad word and speed off. Car chases are only rosy in the movies. Here, the first pothole will trap your vehicle.

Also, this is the last Massacre in this edition of ULK. Pre 4.11.11. In between the oil and black money, a lot has changed here at our headquarters. See you on Friday.