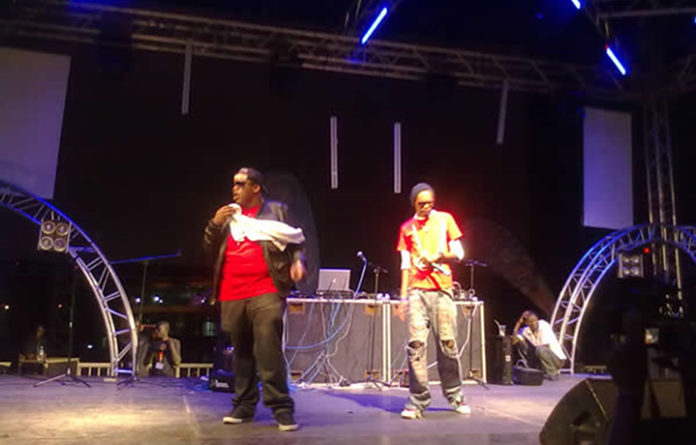 If they make more weekends like this, we may start to power the country from the sweat worked-up by revelers.

Klear Kut, no relation to Fresh Kuts, had a massive show on Friday that had every Kenyan that can sing on our stage. News trickling in from our overseas correspondent in Kenya revealed that things were so bad there that the nation was listening to Indian movie soundtracks as they waited for their artistes to return.

For a nation with alcohol-imbibing restrictions, you’d expect the artistes to be low. But they were high. On energy. I think. Mad Traxxxxxxx did that ‘Get down’ jam that has like 20 dance moves innit and you always somehow know 3-less than the person next to you. We all know the ‘i-partey-hard’ rule explicitly states that you can never, ever have less dance moves than the person sweating it out next to you.

Nonini and P-Unit did their thang. My buddies from that place that owns Migingo land knew all the words to their songs but at a concert, screaming till you froth is evidence enough that you are a bona fide fan, no need to sing along.

Incidentally, P-Unit and Klear Kut have a jam together. I just used the word incidentally. Seeing as my entourage and I were fashionably delayed, we only got to hear Vampino, Jackie and Lillian as we reverse-parked the Hammer. We were however in time to listen to Salvado, the MC of the night, drop some lyrics off the cuff.

The Mith, Navio, JB, Langman and Papito aka Klear Kut ballet-danced onto stage at about midnight in pink, pointy shoes and matching brightly-colored fedoras with polka dots. We had warned them not to watch Bruno before the show but did they listen?

ED: This writer didn’t take his meds. Also, he wears spectacles and he didn’t have them on. Langman and Papito are currently being held against their will by Nikita at an undisclosed location. They didn’t make it for the show. And Klear Kut were actually in black suits, not that stuff this high writer has put up there

Klear Kut got on and did ‘All I wanna know’, the jam that propelled them into groupie-having Ugandans. They then did this thing of 3 shows in one; where the rest leave the stage and leave one Kut on stage. So we had a show from each of them…it may interest you to know that Navio did that Hot temper jam sans Golola. There we were holding onto our not-too-punched drinks waiting for the man himself to spring into the ring. 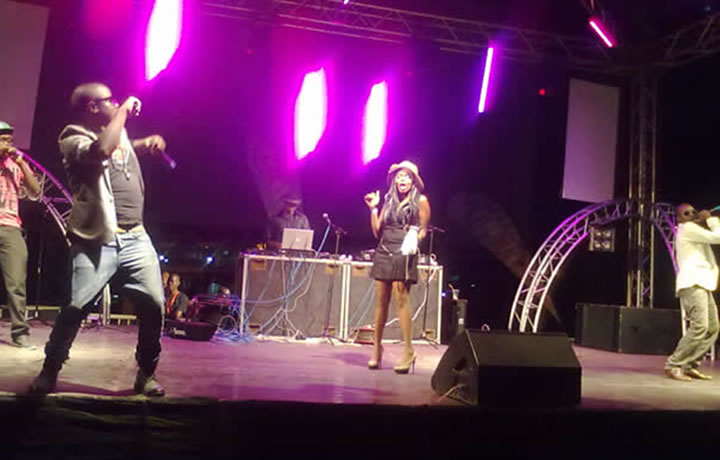 She got so excited, she joined P-Unit on stage

Power won. They’ve got the power. From the number of screaming female fans, they must be pretty tired men by now. No more power, like the rest of us.

There was beach rugby at Sports beach Entebbe. Judging by the people fishing handfuls of sand out of their undergarments, I’m sure the games were eventful but it was impossible to stay focused since there were girls wearing swim-suit bandanas there. You know about 2-piece swim suits? Some girls replaced the lower half of their swimming costumes with…yes, bandanas.