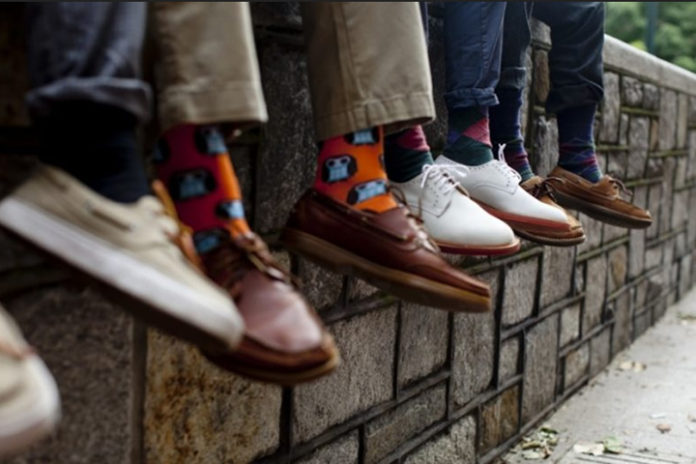 This guy had just told a joke and Stella was mid-laugh, her mouth frozen open in a snapshot when she saw something across the bar.

Excusing herself from her friends she went in the opposite direction of whatever had caught her attention, towards the writhing mass of bodies on the dance floor. There she danced, alone, simply turning whenever a guy tried to approach her, hips-, or worse, crotch-first.

She would whirl, keeping time with the driving diwali riddim, to place a hand upon their chest and push them off, or a withering look upon their egos. Then she shouldered and shoved her way deeper into the vortex of humid, gyrating figures, to twerk near the woofer, to think in the quiet between each booming bass beat.

When she emerged, her brow a little damp, she left a heady scent of pheromones that left the men in her wake watching; attempting to theorise what it was about her that drew their eye. Was it the quick wit of her hips or the promise of heavy sighs in the curve of her lip? At the bar she ordered a Smirnoff Black and appeared indifferent to the double-take the tall, dark man beside her had done on seeing her.

“Joe, hey.” She gave him a glance that spoke nothing of the depth of feeling between them, the sweat they had shared and the chasm of quiet that had stretched between them over the past year.

“You look great,” he said, and she believed him. He could say the corniest, most clichéd lines since Casanova made them famous and she would smell his bullshit a mile away. This, however she knew was true.

“Why, thank you,” and she allowed herself and him, a playful smile. “You don’t look half-bad yourself.”Indeed he looked great in his small, yellow t-shirt that told of hard abs beneath. She had seen him in it many times, back when the two of them would meet regularly in crowded bars, and then slip out to a lodge, or to her flat… but never to his place. He lived with his “saved” older sister, he had told her, who would not approve. She thought it more likely that his sister would not approve of Joe cheating on his girlfriend with 3 am booty calls and side dishes and probably a few one night stands.

“It’s too hot in here, let’s go outside,” he grasped her arm just above the elbow; a smooth motion, as though just one part in an inevitable sequence of events, the first lever of a Rube Goldberg machine.

She gently twisted out of his grip, “How’s the baby? Joseph Junior”. She would not make it that easy for him. “He’s fucking adorable,” she added, as always taking a perverse pleasure in the hard ‘k’, “I saw the pics on FB”.

“Yeah, and then you stopped talking to me.”

She shrugs like she doesn’t remember the reasons for it, or like she remembers and the reasons don’t matter anymore.

“I’ve missed you” he says, just above the roar of white noise of a loud, 1 am bar in Kampala; bottles clinking and crashing to the floor, drunks yelling more moisture than volume into the faces of patient bartenders, and always, the ever-driving ¾ beat. The ridiculous idea occurred to Stella that should the music stop, everyone would collapse to the floor like toy aliens in a Disney cartoon. She smiled almost inadvertently. Joe placed his hand on her thigh, her skin tingling where his mouth almost touched her neck as he leaned in to ask if she’d like another drink. She tipped her bottle, surprised to find it almost empty and nodded her head.

As happens in a club it became easier not to talk; conversation is quickly driven underground by the beat, the march of feet against wooden floor, and eventually one ends up talking with one’s body. Stella shifted ever-so-easily until she was leaning against him and they were grinding lazily to one delicious, sweat-drenched dem bow riddim after the other. This time when he took her elbow and began to lead her toward the door, she did not resist.

They ended up in the backseat of his friend’s car. Stella was being reminded that she liked the way Joe kissed her, like he was physically hungry for her, taking each of her fat lips into his mouth in turn. She let him suck on her neck, and paw at her blouse until her breast popped out like a ripe fruit, which he took in his mouth. Ripples of pleasure coursed across her body.

She did not resist when his mouth moved lower, encouraged him to keep moving when he spent too long around her navel by gently flexing her belly. He responded, lifting her skirt up and pressing his mouth on her clit through her rapidly-soaking cotton panties.

Stretching her long limbs so that her heels touched the driver’s headrest, he peeled her panties off and then, pausing, skipping one endless beat, he dove between her legs.

Christ, he was good at going down! Stella had missed this. He pressed his mouth hard upon her pubic bone, his tongue whirling around and around her most aroused parts. For a moment she worried that she was too drunk to cum but then she felt that familiar sensation of her body falling away and becoming only this glowing ball of pleasure in her pussy.  Her hands on the back of his head she pulled him into her, for once not caring if she suffocated him. And then she came. Wave upon glorious wave, she rocked, and shuddered and sighed and clenched…And released.

As her breathing steadied, he climbed up and kissed her mouth and she tasted herself, triumphant.

“That was fantastic” she told him.

She reached downward and found him, hard as a rock, straining against his jeans. He held himself above her, leaning on one hand as the other went to his unbuckle his belt. She took the opportunity to climb quickly into her panties.

“What are you doing?”He asked.

“Leaving” she answered, hand already on the door handle. He only stared at her in disbelief, mouth opening and closing like a fish. She stepped out, adjusted her skirt and blew him a kiss.

“Thank you,” she told the thousands of expressions moving and gathering across his face like threatening clouds. Then Stella walked away from Joe, back towards the insistent beat of the bar.