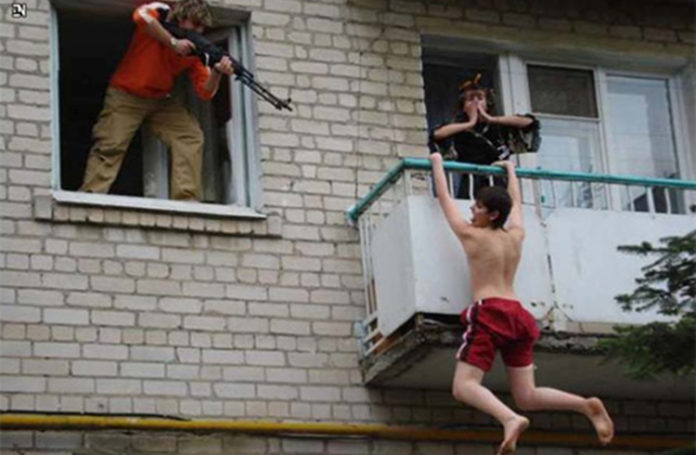 Cheating is a revered art that should not be practiced by novices and slow humans. But before you scamper to your wife’s bedroom shouting “Wife, Mununuzi has said it’s okay. Am going out for a meeting with Dorothy”, this statement does not in any way condone being unfaithful to your sex partner but rather delves into the remarkably intricate mind of one O-level student who chose to violate the educational sanctity of his form two end of year chemistry paper a.k.a me.

We called it banging Kasasi.

I hated chemistry with an eternally voracious passion. There’s virtually nothing I knew about the subject except that if two people fell in love, it meant they had chemistry.

Every stream in our class had small groups that claimed they had access to the staffroom and knew what questions would appear in any paper. Membership in such groups came at a high cost unless you had the right qualities.

For instance, to qualify for the chemistry kasasi, you had to show a devoted decline of intellect manifested in your steady failure of the different mid-term tests.

Scoring anything above 40% in your last paper meant you were brilliant and had the capacity to pass unaided which interpreted to possessing the capacity to snitch on your cheating buddies. Therefore, bright dudes were considered diseased outcasts.

My poor record in the chemistry paper qualified me for the chemistry kasasi group fronted by classmate Bukutuka. Bukuts believed cheating was a gift passed on to him by older and wiser generations and it therefore earned him the right to be leader of the kasasi party (not to be confused with NRM).

He claimed he knew all the set questions and asked us to meet him after evening preps in one of the lonely classrooms.

He read the different questions to a group of about twelve very attentively brainless boys. We walked out after the meeting to laugh at our dimwitted pals who were wasting time reading hard for a paper we knew we would ace and spent the rest of the time just making noise.

On D-Day, we tightly folded the bu-pieces of paper on which we had scribbled the answers and squeezed them into our socks, shoes and underwear. We were extremely careful that the teachers who did the frisking were not in the least bit suspicious.

During the exam is when all the best tricks of cheating ingenuity were put to the test. The chemistry master was seated in one corner at the front with another student invigilator seated in the other. Every move was supposed to be calculated with paramount precision.

You had to make sure you were on the blind side of the invigilators’ angles of vision before pulling out your paper to commence the copying process.

Another stern rule was that if caught in the act, you never snitched on your buddies. The prospect of facing the consequences solo made one even more careful. However, all these rules would have applied if the answers we had on our pieces of paper were right.

But because you expect a happy ending, yeah sure we all passed the paper, the bad guy died, we got married to our pretty girlfriends, had beautiful kids and lived happily ever after.

Why Murchison Falls Should Also Go!!