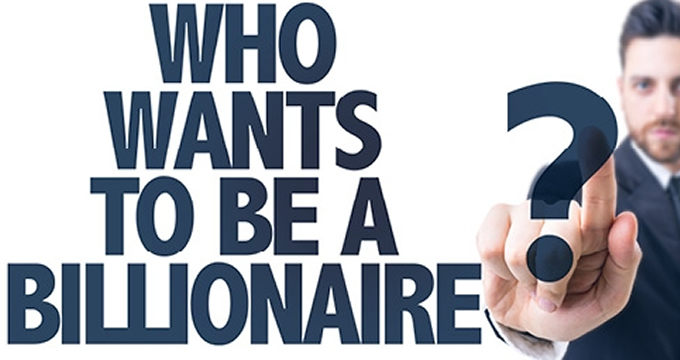 What’s going on? Does no one want to be a millionaire any more? This is the second week in a row when all we get is a repeat of an earlier show, and it’s disrupting my social rhythms. If I have to be at a TV in an Umeme-proof neighbourhood so that I can post a recap, it would be nice to have something to post.

As it is, last night they showed Prisca’s run. Her recap is here. Already done long ago.

But since we still have space to fill, I’m going to just go right ahead and make shit up. Here’s your “recap” of Who Might Have Wanted To Be A Millionaire.

Our contestant this week was Deng Mugisha, half-Sudanese Dinka, and half Muhima. When he bent down to greet Alan, the host craned his neck to smile and welcomed him to the seat.

Deng is a wikipedia fact-checker by profession and he says he hopes to win so he can use the money to finish transferring the several volumes of Encyclopedia Britannica that he has been reading and rereading since he was a child into electronic form. He will then be able to read them on his iPad. Alan, just being genial and making KB, asks, “Oh, you have an iPad?” Deng gives him that look very intelligent people give everyone else and says, “Not yet, but when I win several million shillings, I shall get one.”

This is the first time we see Kasujja depart from his usual friendly, jovial demeanour. Not happy at having been sarcasterised on his own show, he lets out a vicious Msswwwwww. Those who have large plasma screen TVs see the surface of the screen ripple. Those with home theatre systems hear the sound circle the room. Kasujja must have ancestors in Kooki. It’s Kooki people who who have those msweches which have a life of their own.

He cracks his knuckles and frowns and then, as the music swells to a crescendo, he releases, The Questions.

Q: What does the K. in Yoweri K Museveni stand for. Is it

Q: Why do some men hold the bodaboda guy by the waist?

When he was through hurling these questions at Deng Mugisha, Alan rose from his seat, flicked the lapels of his jacket, and went “Now, you have three lifelines. How do you plead?”

In a shocking turn of events, such as those that happen all the time when you are watching TV, Deng actually answered all of the questions and was correct in all of them except one, so he called up his friend.

It was a conference call featuring Moses, Justus and Noah the three guys from the last show that was not a repeat. Do you remember them? I was polite enough to not call them subnormal, irredeemable, or of low wattage, but their shortcomings were evident.

Deng called them up and asked each one of them to pick an answer.

Then he just chose the one none of those dwanzies thought was the right one and he walked home with sh25million.