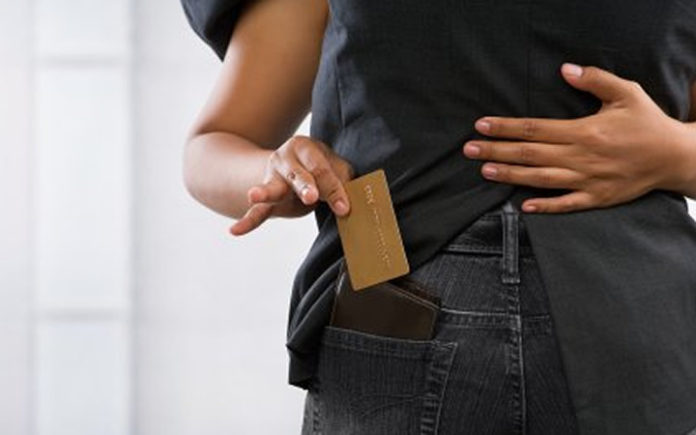 Ok now I heard you guys call someone a gold digger on the show the other day and I am scared that I may be put in that category. This is me asking not to be judged. Now my boyfriend and I have been living together since January. We share expenses but overall he is more well off than I am and makes more money and I have been going through some hard times and you know how it is with chics. You have to look good.

Now, every now and then I take some money out of his wallet; a negligible amount. I mean his money is my money right. I felt kawa about this but the other day I was telling one of my buddies and she was like that is stealing, Now I feel fake. Is it stealing? I thought I was entitled to his dimes.

Please do not snake my name banange.

My point exactly. It’s a very common mistake for people to think that taking someone’s property without their consent is called stealing. Your buddy is not focused just.

My friend Bob opened a business here in Kenya last year that involved entering a few banks, shouting at a few tellers to put their goddamn hands up in the air and hand over a few billion dollars here and there then some stupid policemen called him a thief yet we had both agreed that he was entitled to the dimes.

If he wasn’t, they wouldn’t have put a building in the middle of the city and told us there’s money inside and people can come and withdraw. Withdraw namnagani? They didn’t give him an ATM card and the ATMs were far.

I just don’t understand these things I tell you. Even when someone dies, they say someone is dead. It’s a human thing and I won’t lie to you but I honestly don’t know why they do it.

So yes, you’re entitled to it. Just as much as you’re entitled to walking into a cabinet meeting right now, spitting in Sevo’s face and declaring yourself the minister of all portfolios. Frankly, I don’t know why I haven’t done it myself. Go ahead and take your boyfriend’s money without his consent. It would only be stealing if another girl was doing exactly what you do.