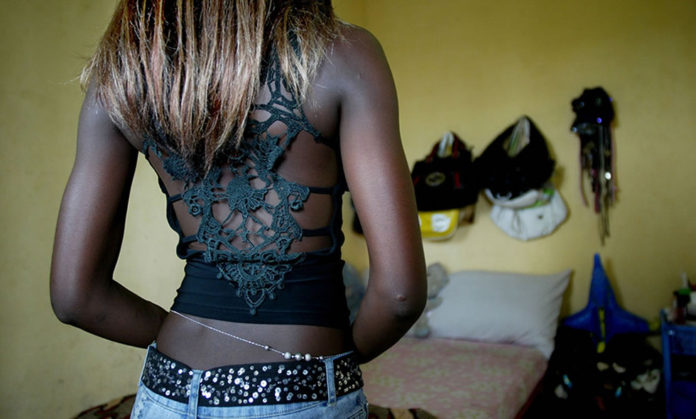 These days, women keep complaining that too many Good Guys are ignoring Good Women and marrying “Sluts” instead. Let me muse on this for a while.

My take: Ladies, instead of complaining and pointing fingers at the the so called “Sluts” or “Loose Women” as the problem, let us first find out what the Sluts are DOING RIGHT that is landing them a lot of good men and taking them to altar.

We need to understand that Good Men are in short supply. The type of guy that most women want ( i.e a guy that’s single, practically intelligent, slightly hood, Godly and financially on point) is a rare breed. Such men are a scarce commodity. Not only are they scarce, but they also know that they are scarce. So they dont sell themselves short.

Now where Good Women lose to the so called “Sluts” in the fight to catch such Good Men, is in knowing how to treat a man. The so called “Sluts” may be vilified by society, but one thing they are good at, is in knowing how to treat a man. By knowing how to treat man, i dont mean giving him sex as Ssaka Mark told me last time, no, although that has a role to play in marriage. Precisely, i’m referring to knowing how to cater to a man’s deepest need i.e his EGO. Like it or not, every male has a huge EGO, and its in the nature of every man to protect his Ego. As a matter of fact, if worse comes to worst, a man would rather lose a woman than lose his Ego. That is the way Men have been designed. Men define themselves by their ego or dignity. In fact, i put it to you that a man’s greatest need is NOT love but RESPECT from his woman.

Now the “Sluts” as society calls them, maybe morally bankrupt but one thing they are good at, is in knowing how to satiate that EGO of a Man.. They know how to make a man feel respected and valued. Perhaps, this in part, explains why some Good Men leave a comfortable mansion and a beautiful wife to seek refuge in a slam of a Slut who respects and values them. Get this, every man yearns for RESPECT. This is critical because this need for respect is multiplied 1000 times over in men who are accomplished in life( men who are single, successful, educated, rich good looking and godly) i.e the type of men most women want. This then, explains why most Good Men would rather marry the so called “Sluts” or settle for less beautiful women who give them respect, than to chase after or marry the so called “Good” or Beautiful women who know nothing about preserving a man’s dignity.

This dilemma is made worse by the fact that the majority of the so called Good Women or beautiful women out there know little or nothing about how to treat a man or give him his respect. They spend too much time looking beautiful they have forgotten the art of keeping or catching a man. Now i know feminists out there will argue against this and insist that men ought not to receive respect. Some will even suggest that I’m promoting subservience of women. Far from it. Really, this isnt about keeping women subservient to men . You dont have to be un-educated as a woman for you to respect your Man. You can be a smart working-class woman who is making her own money who at the same time knows how to satiate her man, win him over and give him his biggest need- RESPECT.

So the choice really is with the Good Women. You can preach independence (which has its own limits), challenge the man in your life, compete with him in every sphere, and make him feel useless as a husband, boyfriend or admirer, and then watch him leave and marry an uglier woman than you who will give him respect. Or,you can make the man feel valued, satiate his ego, make him feel like a king,and toy to his antics, and watch him give you as a Woman your biggest need -LOVE! . I put it to you that If you give a man what he needs the most – RESPECT, you will find that he will give you as a Woman what you need the most – LOVE!