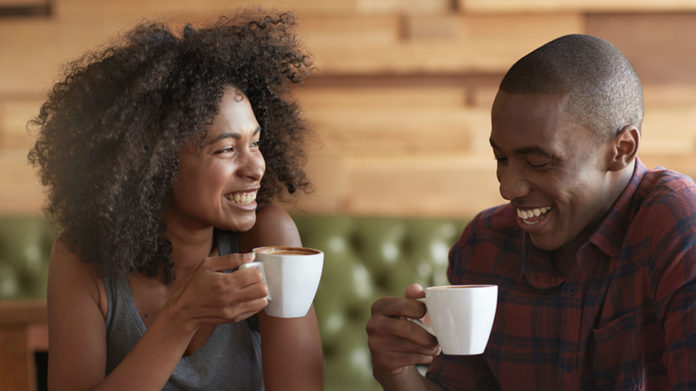 How could you ever doubt me?

What is this Haven? It’s only the prettiest restaurant/ cafe in Eastern Kampala. This place is so cute, that if you take a babe there on a coffee date, she will, and I have seen it happen before with my own eyes, she will be 50 percent vibed before you even sit down.

As a matter of fact, that’s one of the points we have to discuss in this weeks revealing and educational post, so let’s get started with the Urrban Legend How To Guide. 12 Steps to Sucess in Absolutely Anything. Today, How To Not Suck On A Coffee Date!

1. Be Sober. There’s nothing particularly dangerous about being drunk on a date. If the people you are dating is also drunk. But here, you will be across the room from a sober person. Being blazed? Not a good look, son.

2. Show some chivalry. Now, this doesn’t work in a kafunda, or a nightclub or a bar. Because chivalry in those places means having a fight on her behalf when some lout thinks he is Golola Moses. I don’t advise this. You think you are fighting to protect her honour? How much honour is protected when she is known from that point on as the chick of the guy who got meleed at Guvnor?

3. Chivalry. Since you have suggested that you have class by bringing her to a coffee shop, confirm it by pulling out her seat. This is a cool, chivalrous thing to do. You will be like Hugh Grant and Colin Firth and all those stuttering Brits that women like.

4. If you pull out the chair and she doesn’t sit on it, and insted she goes and sits on another seat, don’t worry. It just means you got a local chick who doesn’t know these things. Don’t worry. Proceed with the date.

5. Conversation. Now, a lot of dating advice columnists will tell you to just be yourself. No, not if you suck. Be somebody else. I would suggest somebody cooler than you. Somebody charming.  Have you ever heard of Ted Moseby?

6. If you do not know who that is, you are doing reeeeally badly. I suggest you abandon the date right there, leave her, and find a way to cross the time space continuum so you can join us in the 21st Century.

7. He’s a character in the sitcom How I Met Your Mother. Kyokka Ugandans. UMEME gives you all this electricity and you can’t even use it to watch constructive educationsl DVDs? Instead you play Lady Gaga mp3s. KTM too much.

8. How I Met Your Mother is about this guy and his myriad romantic adventures, a man who flits from date to date in pursuit of the love of his life, who gets to mother his children. He is a lousy New York scrub who just dates a lot. Episode after episode.

9. This makes him the MASTER of coffee shop dates. He  is a coffee shop date ninja masta. He is so sleek at it, that he regularly vibes chicks without them even knowing.

That’s why they call the show How I Met Your Mother. The man has two kids, and yet, even after eight seasons, even he  doesn’t know where he got them. He just knows that somewhere, somehow, he vibed a chick into giving him kids. Twice.

11. Meet your date in a nice coffee shop. Having memorised all Ted’s scripts from eight seasons, answer every thing she says with the Ted speech that will fit.

12. Take her to your parents, marry her, have kids. Maximum three. Tukooye population explosion sausage.