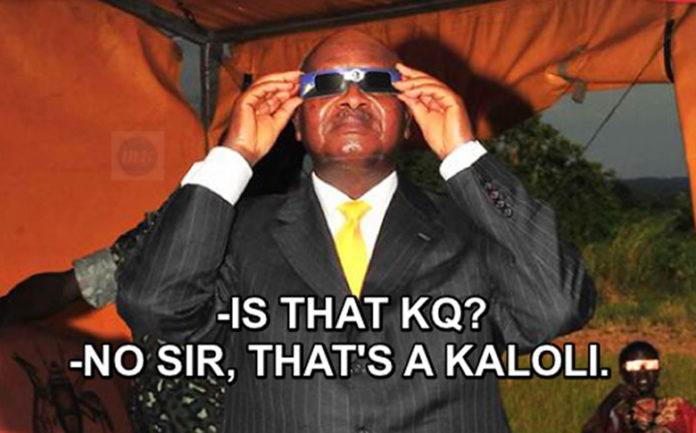 It is said that KQ, the Pride of Africa with the exception of a few areas, had President Museveni stuck after failing to pick him from Mbarara.

First, who or what is Mbarara?

Mbarara is a landlocked country in Uganda that can be accessed by air or by milk. Its economy thrives mostly on the exportation of politicians and fake accents used in the production of struggling radio ads.

So how then did President Museveni get stuck in a country filled with such great promise? It could be any of two reasons.

But not to worry. Studies show that there are 10 possible ways to avoid getting stuck in Mbarara.