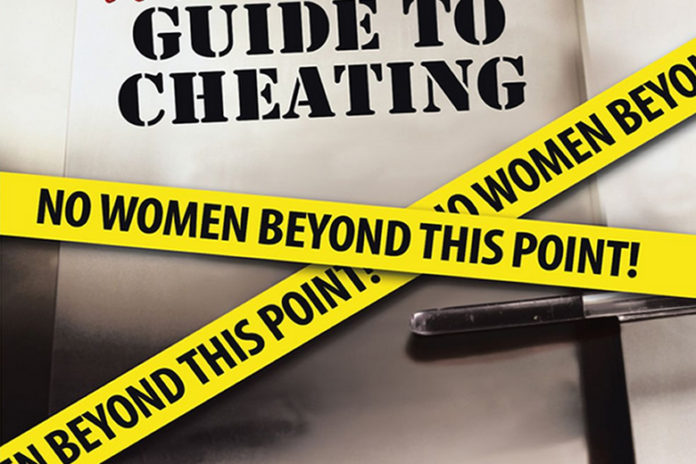 Okay, so I’m back again writing. I don’t know why I’m doing this because I know I will get a lot of grief from guys asking me why I’m letting out all the secrets… and from women asking me why I’m teaching their tamed lovers on how to be wild? Let’s just say I had some annoying experiences with someone who was doing a very bad job of cheating on me. Yes, annoying, annoying, annoying because well, I have a relatively high I.Q (even if I must say so myself) and I’m also a very good judge of character so when something’s up, I pick up real fast.

So I let this girl keep doing whatever it was because 1. I wasn’t really that interested in her that much to be pissed off in the first place and 2. I was really curious to see if the other guy would find out he was being played and what his reaction would be. So this inspired me to write again, to teach you young novices out there on how to cheat properly. “If you are going to play the game you better play it right”, and yes I did just quote Busy Signal there.
The first rule is the most basic thing ever. Cover your freaking tracks! I mean it. Never leave a paper trail…well digital trail really. That is, no WhatsApp, no pictures in your phone with the side chick, no texts, no Facebook, no emails and definitely no keeping Ecocash transfer confirmation texts when you send her money. Do not ever keep movie stubs or any other stubs at that, I know some of you mushy guys like doing that – stubs have a nasty habit of being discovered in the most inopportune moments.

You have to do things the old way man – call her! This is why people buy Netone lines – to have universal and free access to the side chick. I promise you will never have anything to hide and so you won’t have to lock your phone with a password that looks like the algorithm Mark Zuckerberg used to create Facebook. You will also be killing two birds with one stone; removing said password from your phone creates an illusion of trust with the main chick as she also notices that you behave like a man with nothing to hide. But trust she will go through your phone just to make sure, not once but every time she gets a chance. So do not ever forget the basics – cover your tracks!

Never ever let her know that you have another sim card though, because once she does, she is going to be calling you on it and locking access to the side chicks’ only line of communication. This is how pros do it. What irritates me is people who cheat on me and never make an effort to hide it, I mean what the hell! And when they do happen to try and hide it, it’s such a half done job even a second grader could tell you that girl’s got something on the side. So if you are going to cheat? Do it right!

Yours in Eternal Pessimism

The Origin Of The Rolex