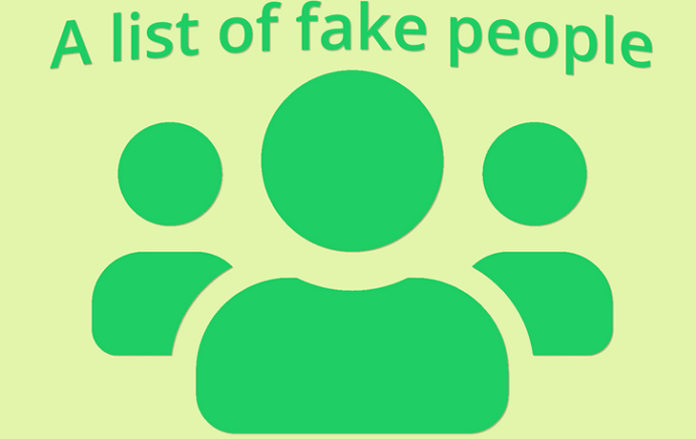 Yesterday, a friend on Facebook pulled me away from my profile page for a sec with psst…you, and then whispered, “Bt u, wtz ur deal wid rechal k, straka, kazora, and sevo? U guyz nvr stop dissing. Even red paper”

Please kind fans, understand that what I feel for these chaps is so far from hatred. I love them to bits because they are important to the growth of ULK and all its fans. I’ll explain.

When Rachel K takes rock music and turns it into her toilet paper, I feel like kissing her for it because then she has given me something to write to ULK fans about.

Without her, you guys would live miserable lives without anything to laugh about. Her deeds, because they make you laugh, are good food for the soul. So it’s everyone’s responsibility as a citizen of Uganda to love Rachel K.

It’s a well-known fact that humans love scandal. There’s just something about bad things that gets our blood pumping.

When we hear that a pawpaw is presenting on TV, we suddenly find reason to live again. Coz then we know we can spend the rest of our mundane lives looking at this pawpaw and feeling better about our own lives. After all, something somewhere out there is going through worse.

Every part of the world has a Kazoora. America has Paris Hilton, the UK has Bad Black, Israel and Palestine have Justin Beiber, and Africa has Junior Kazoora.

The role of each of these continental representatives is not to be laughed at. No. That’s Rachel K’s duty. These ones are created to make magazine and newspaper sales. That’s why media moguls love them. To sell big, they need a face and a scandal to go with.

Just watch how many page views this article gets within 24 hours just for having Kazoora in it.

People like this man better when he’s not serious. It’s true. Look at the trend from ’86. He took to the podium and said he had taken over as president, and people smiled and cheered because they thought he was joking. Then he became president for real and they all looked at each other like “Eh!” Roads and electricity even started cowering in fear.

Fast forward to 2011 and he releases a hit single telling them he’s still president. Then again, they clap and cheer thinking he’s joking because they think he actually does better as a rapper.

A few weeks later he’s back in office and again, they go “Eh!”

So if we crack a joke or two about him, we know people will laugh and cheer and like us even more. But if we come out with a full-on serious headline like “Sevo is your president”, our fans will stare at each other and go “Eh!” And we don’t want that.

Because we know that some day Africa will have a toilet paper crisis and our fans will turn to us for a solution. We pride ourselves in foreseeing things. Buy Red Pepper, people. Buy Red Pepper.

What Ugandans Do When Something Bad Happens To Them