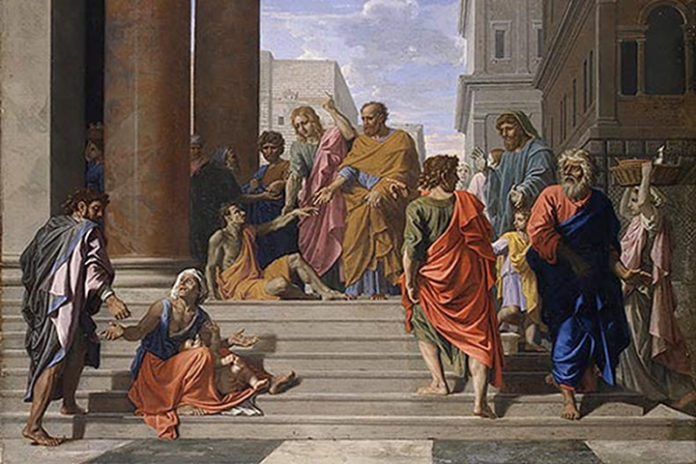 Chapter VI: After The Baby’s Birth, King Herod Gets Jerasy & Murders All Kings

In a palace, not too far away, there was trouble afoot. A king was pissed as only a pissed king can be.

“Your Majesty, you should reconsider. This killing of kings thing is getting played out. Why don’t you kill a pauper or something? Heck, I could order a nice Ugandan boda boda rider. How about that? Does Herod want a boda? Just say it, ‘I can has bodz bodz’.”

“Silence! I will not be denied. I think we have downplayed this whole messiah thing long enough. Heck, they have gotten to the 5th part of the story and no one has mentioned me. 5 Parts! All this fuss over a baby boy is making me sick to my stomach. I haven’t seen such excitement over a boy since the Catholic Church insisted that altar kids be members of the same genital group as their superiors!”

There was silence as those present allowed this revelation to sink in. Silence that was broken by the arrival of one of the kings.

“Skibidibai, It is I, Ragga Diggi Diggi Dai, with greetings to you, that is up on high!” he blathered.

King Herod looked on in bewilderment and turned to one of his advisors, “Who is this guy? Maurice Mugisha? I’ve been told he bursts a rhyme that’s so fly.”

One look at the new arrival confirmed the advisor’s fears, “It is Ragga Dee, the king of the dancehall!”

“Kill him! No, wait. That might be too harsh, banish him to Uganda!” exploded Herod, “And while you’re at it, cut down the number of kings in the previous installment of this story so there’s less confusion. And for crying out loud, find out what’s in that flippin’ bag in the previous part of the story!”

In a barn, not too far away (when you factor in planes, trains and automobiles)…

Joseph was tending to Mary who was on the verge of giving birth. That she hadn’t yet was sorta odd given that the coming of the messiah had been mentioned ages ago.

“So how are you doing?” He asked his beloved, concern showing on his face.

“Not bad. Actually, the only thing that’s bothering me is Sura’s screaming. It’s so shrill it could move a mountain.” she replied. Her eyes not betraying her ire. Her words did, but her eyes didn’t.

To keep their mind off things, they made small talk.

“Hey remember when you found out I was pregnant…” Mary began.

“You call that small talk? Can’t we talk about the weather, or how phenomenally awesome it is that…” cut in Joseph, only to be interrupted by Mary.

“Why don’t we talk about the thing in the bag?” She asked. Not so much because she really wanted to know, but because she was pregnant and there’s a tendency to bring up talk that bugs.

“Leave the bag out of this!” came the retort.

“Why Joseph? Why?” Asked she only to realise that it wasn’t Joseph that had spoken these words, but rather the person narrating this story. She would have pondered longer on this, but there was simply no time. That and there was the small matter of the guest that had come in unannounced.

“Daytime series? What are those?” came the question.

“Well, daytime if you happen to be in the third world and the only time you can get your grubby hands on them is in the middle of the day. So what seems to be the problem? Oh, a pregnancy? No need for an MRI or a scan. I can’t wait for the next century. There may actually be an interesting case.”

At a reception nearby…

“I’m afraid we are gonna have to lock you up for at least three nights!” Nathaniel stated matter of factly, a smug look on his face and a food stain on his uniform.

“For one thing, you are inconsistent. You’re supposed to speak with the last letter missing on all your words and on top of failing to pull that off, you’ve started to speak in SMS.”

“Cummon dawg. I can do whatever you like! I’ma stan’ up guy! Album in stores now!”

“Book ‘em boys!” Nathaniel spat out. Realising, as he did so, that there was really no one else to assist him. Well, with the exception of Herman who was busy arresting Usher.

“We have heard complaints from the Geographic Society of Geography Scholars. They are not too crazy about this mountain moving nonsense of yours.” he said he as he placed the cuffs on the superstar’s wrists. “Truth be told, neither am I. Your music sucks!”

“Hang on! What happens to me? When I was growin’ up, we was so poor, we couldn’t afford to get arrested. Niggaz slept on the floor!”

“You must be that Chris Rock guy. You can go!” Nathaniel said dismissively. “Anyone that carries his own laugh track doesn’t deserve to be arrested.”

A tired Herman looked over at the Justin Beiber wannabe, “What is it this time?”

“Nothing, I just love to scream. It’s sort of my thing.”

In the barn of miraculous happenings…

“Did the angel tell you where we’d find a medical practitioner on such short notice?” asked Joseph of his pregnant wife.

“No. But somehow I think that part is not going to be the focus of any stories told from this day forth.”

Then suddenly, there came a knock. In fact, two knocks.

Before Joseph had an opportunity to ask for details, a quarrel had erupted outside the door.

“No, doofus. That’s only in the song. When we introduce ourselves we are merely Three Kings. It is only when we feel the need for exposition and such that we include the ‘R’”.

“How do you mean?” Asked one of the three kings, who, truth be told, history never accused of being wise.

Sigh. “We thlee kings of Olient ARE! See?” came the curt reply. “ret’s tly this again.”

“Kings of Orient who?”

“I don’t get it. That’s not funny. Who writes your knock knock jokes?”

From behind him, Mary let out a groan. Joseph opened the door for the men with bad jokes and rushed to Mary’s side.