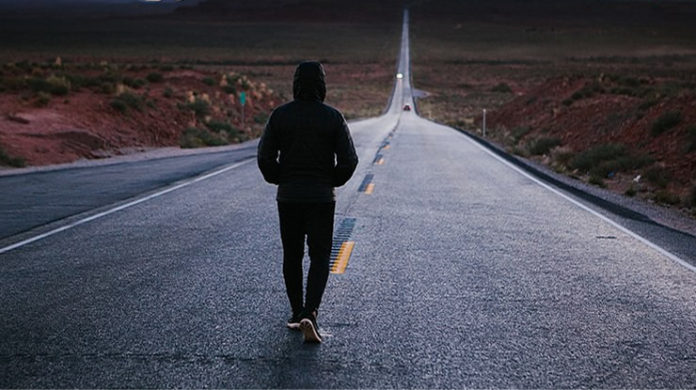 The hitchhiker has not had sex in months

In my defence, work was insane at the end of last year. Then we finally broke off for Christmas and it was trips to the village and sharing beds with cousins, and while I am open to many things, incest is not one of them.

Finally, New Year’s Eve rolled around and I thought, this is it! The hitchhiker is finally going to get some! But then I woke up on the morning of the 31st bleeding from my crotch. You know, “raining”, “rebooting the ovarian operating system”, “flying the communist flag”, “enjoying shark week”, “getting a visit from Aunt Flo”, “riding the crimson wave”, “trolling for Vampires”…

You know, my period?

Normally, a hitchhiker is delighted to find out that she is unpregnant, but the timing was just unfortunate. An old fuck-buddy whose dick I remembered fondly had resurfaced from whatever swamp boys disappear to when they stop calling. I dealt with my anger and cramps by starting to down Waragi and Krests at midday.

The fuck-buddy in question, who we shall now refer to as he is saved in my phone, Bad Brian, had asked me to let him know what my NYE plans were so we could later meet up. The reason he is saved that way in my phone is twofold; Bad Brian as in, so good in bed he’s bad, as well as bad as in bad influence. Brian has a very nice girlfriend. He introduced me to her once outside Casablanca. Then he dropped her home around 1 am, and came back to drunkenly suck my face in that little room with the cushions on the floor (I wonder how often those cushions get cleaned).

I do feel bad for his lovely, leggy, lied-to girlfriend, but I am no martyr. Anytime “Bad Brian” comes a-buzzing on my phone I think, Lord I want to be a better woman than this, but the flesh is both weak and wet and willing.

So, drunk as fuck by 6pm and bleeding genitalia notwithstanding, I put on my best party dress and fuck-me heels and headed out for the night. At least I would have someone to kiss at midnight, if nothing else.

7:30pm: I walk into a house party shouting loudly about Golola Moses’ gologo, then notice that the room is eerily silent. Realising I am the drunkest person in the room, I head straight for the snack table and stuff my face with some crisps. A guy in nerd-chic, Lupe Fiasco glasses and Chuck Taylors is watching me load my paper plate. “Hi” I say, smiling. The chick talking to him gives me the up and down look and grabs him by the elbow and steers him away from me and my heels. “Umm….ok?” I turn to the group on my left. No cute boys, but the conversation seems interesting enough. Something about cells and people who keep going in and out of them. “Yeah… like, what’s up with T.I, you do your absolution song and then end up back in jail?” I say, at what seems to be an opportune lull in the conversation

“No… cell, as in bible group?” It’s always the chicks who take such pleasure in correcting me.

“Aaah.. .Cell… Are you guys… from the same cell?”I can save this conversation… I think.

“Yeah… we all are” girl with glasses says, gesturing around the 9 or so people in the room.

“Oh… that’s nice” I back away slowly toward the door and give the emergency signal to my girls, one who has already sunk into the couch in some deep tête-à-tête with a dude, the other who is in the kitchen trying to figure out where the booze is hidden.

10:42pm: We arrive at some house, I think in Naguru, big enough that the security guard is checking bags at the gate. I get in an argument with the guard at the gate. “It’s a house party for fuck’s sake!”

10:51pm: My friends and I get kicked out of said house party before we’ve even entered the gate.

10:52pm – 11:28pm: My friends and I have a long discussion in the car about where the hell we are going to go now. Fridah is blaming me for getting us kicked out of the party, I am trying to explain to her how all this bag-checking is simply “security theatre” and we have to stand up to it before we become a totalitarian state. (Fridah tells me that at this point I started attempting to recite the “first they came for the Jews and I was silent” speech, but could not keep my minorities straight. I have no recollection of this).Finally my other friend Betty interrupts by yelling “WE’RE GOING TO MISS THE FIREWORKS!”

12:00am: We watch the fireworks from somewhere on top of Naguru hill. Betty tells me later that at this point I tried to make out with her. (I claim not to remember this, but actually I do.)

12:42am: We end up at our usual Kafunda, dancing to Ngenda Maaso with the old drunk and trying to stop him from grabbing our asses.

2…ish: I flirt with some guy who is a full 2 inches shorter than my high-heeled self, mainly out of boredom. He tells me “I’m not like other girls” though I have heard this line more times than I can remember, for some reason it seems original and especially true tonight. So I shove my tongue down his throat. He starts asking for my phone number and in a sudden moment of sobriety I run away and hide among my friends.

3… or was it 4am? I finally remember that my phone exists. 4 missed calls and a text message from Bad Brian sent at 10pm: “Where r u? @ a rooftop party in Muyenga. View is amazin & I have no one 2 kiss at midnite…”