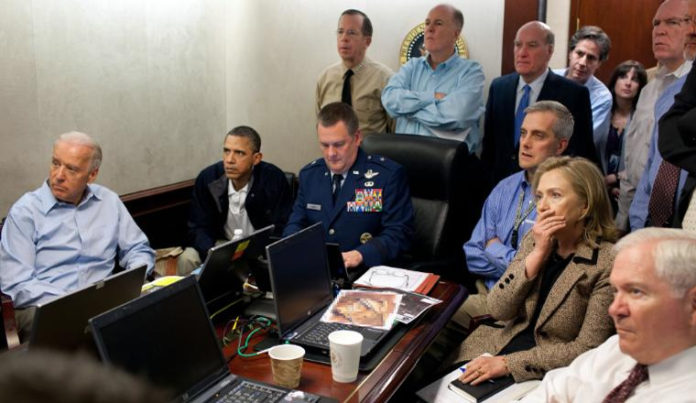 Osama bin Laden(may he rest in fishes) passed away last week. You have heard of this I am sure.

There are other rumours though, all sorts of rumours flying around. Concerning who Osama was and the nature of his death or if he like, you know, really died. Convincing stuff some of it. This fella could be anywhere. Every time I take a dump I have to stop myself from checking to see if a turbaned old bearded chap is winking up at me out of the toilet bowl.
I have compiled a list of the top ten juiciest rumours at the moment for your sake. Don’t be so skeptical. This might not be random paranoia. Keep your mind open. Just make sure Osama doesn’t fall from the sky and land inside.

WARNING: I might have embellished and even completely fabricated some perhaps not so minor details.

1- Top of the list is that Osama bin Laden is alive and still in hiding. He is in my toilet bowl, just out of sight. This is a fairly new rumour/theory but very believable. Your toilet bowl isn’t safe either.
2- Another version of this theory is that Osama is in the studio, with Tupac. He chull out on the terrorism biz, (everyone sells out sooner or later)

Till the end ma friend

3- Theory number two is that Osama never was. He was a figment created by the powers that run the world to instill fear into the hearts of men women and peaceable toilet bowl dwelling bacteria so that they would sanction the shameless bombing of oil rich parts of the world.
4- And the reason there are no pictures is that the graphics guy who has been doing the Osama work  chose this time of all times to run away with Obama’s real real real birth certificate.
5- Bin Laden is an alien intelligence from an alternate future. He cannot die. He just out-evolved the body he was using. He is coming back as Prince William and Kate Middleton’s baby.
6- Either that or Kate Middleton wanted Osama bin Laden’s head as a wedding present.

Shaddup! you dont know what kind of pressure I was under

7- He was sacrificed to summon reptilian spirits for Obama’s next election. The date of his death/sacrifice, 1/5/11 is a mystical Illuminati date. I put my thinking cap on and realized… 1/5/11 is one five and three ones. One five!! Three ones!! That says it all really. You don’t even have to think that hard about it.
8- There is one which says that he was a true son of the terrorist revolution who Terrorism God chose to take away because the virgins were starting to go bad. They were stinking to high heaven.
9- Donald Trump kidnapped him and Obama is bluffing. Osama will be appearing on Celebrity Apprentice throughout the presidential campaign as a merry eff you to the Obama man.
10- He was a merman spy sent to earth to cause chaos and mayhem. Until the SEALS found him. (sorry brain jam had set in. )