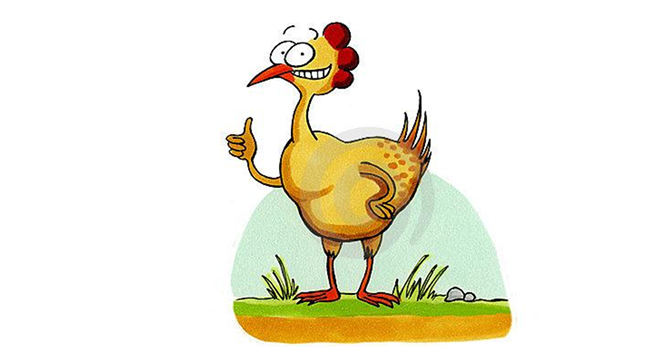 After thousands of years of a longstanding battle that has led to bloodshed accruing to the loss of countless chicken lives, the African chicken community has finally made a public outcry ahead of the Easter celebrations and sent its world leaders to negotiate some kind of peace deal with human beings.

At press time it was rumoured that Egypt and Libya’s chicken representatives, Hensni Mubacock and Mucockmar Gaddchickfi were in closed door meetings with undisclosed human counterparts and negotiations were already underway in the Switzerland branch of Kentucky Fried Chicken. Uganda was yet to decide who to send between FDC chickens and UPC chickens.

The chairman of the NRM chickens said they were beefing with the chicken-eating human population for using their cutlery superiority unfairly against the chickens.

“Cockle Doo Dee Doo,” said the chairman. “We are not sending any representatives for negotiation. We were but the humans sent their flying kitchen knives and chicken grills ahead of the first meeting in Libya. What’s that supposed to mean? We want to talk and already you want to eat us. I hear there’s even a black American human who came with cabbage, onions and kachumbali in his left coat pocket.”

The NRM chickens pledged to run away and send aggressive public statements if the humans didn’t immediately end their greed for chicken.

A few Brief Intellectual Discourse On Women For Women’s Day