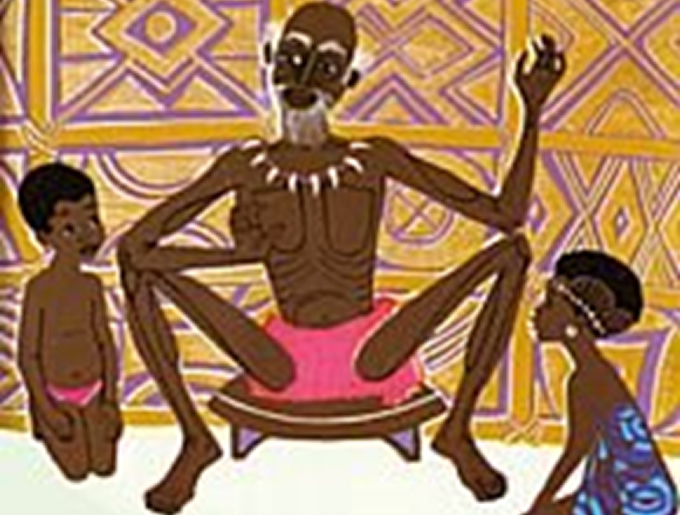 It was a long, long afternoon in the heavens. Long and boring. You might think that watching humans massacre one another would cause the heavenly beings to be in a panicked state. But no. They have been audience to this stuff for millennia.

So, on this particular afternoon not so far back, God said to Gabriel, “Say, I am bored. Sleepy even.” And Gabriel said, “Same here, Almighty. The angels are out of fun things to do. The Arsenal joke kept us going for a while…but…”

“Tihihihi…that was one crazy game.” And Gabriel said, “Poor Wenger. Michael and the rest have been re-acting the game all week. But that’s now old-ish news. Boredom looms. What to do, what to do? You know there’s an earthly petition to…ermm, bring Bieber here and return Biggie. In the mood for a miracle?“

And God said, “Nope. Biggie stays. Who’ll do the rap lines to the daily hymns?”

Gabriel: “Spot on Boss. (Heavenly high5)”
God:”I know what will kill the hours; CREATION. Let us CREATE.” And with Gabriel in tow, God said, ”Let there be kavuyo!”

And there was Uganda. Complete with potholes, body-part grabbing louts and nsenene.  Uganda also was gifted with never-satisfied-public funds-stealing leaders and daily-partying drunkards. Excessively hot girls who can’t for their lives, sustain an intelligent conversation were also thrown into the mix.

Allo. I am Bad Black and this is me making my debut appearance on ULK. I believe I am hot and can sustain an intelligent conversation. I also believe Uganda doesn’t have any potholes inside it.

Minute 2. God said;”Let there be idiocy” And there was Buturo. Laden with the largest amount of moronic grey matter, it shocked the creature’s eyes into defection mode. So God threw in a pair of made-for-idiots-only specs.

In the second and half minute (Yes, Buturo was made in half a minute. No serious planning there) God continues.

”Let there be brilliance.” And there was the entire Urban Legend team. Brilliant, gifted and disturbed. Gabriel couldn’t find the screw driver at that time so most of this team’s mental wires are loose. Daniel’s and Erique’s are entirely disconnected.

Next, God made plain dumbness. And then the Indian who, aside from tying on a foreign tribe and name, is now saying that he needs to be tried in Punjab because he can’t effectively communicate in English or Luganda.

Punjab, my Ugandan a@$

We shall resurrect Amin’s ghost on you, Katongole Pamanda.  Then we’ll see if you’ll keep nodding your head in disagreement. You even do our sign language backwards.

One hot and long afternoon, God looked at everything He had made.

And God was confused.