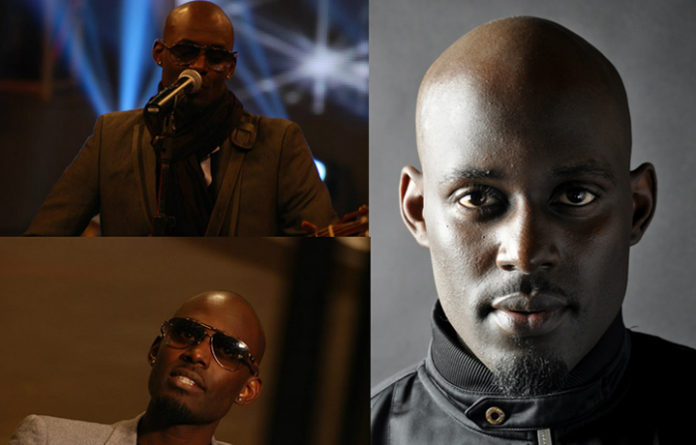 If you have seen the picture, you must have be wondering, like all inquisitive Ugandans, what’s going on with Maurice “Moreese” Kirya’s head

If you are hipper than the others, you might even say “wasgono”. That’s a funny word.

The mystery of Morees’ hair is a perplexing one, and from the strange expression on his face we can tell that we are not the only ones perplexed. Many men have cut their hair before this. None have left the saloon with that look.

It looks like the peace that settles in your soul once you have finally made up your mind that the people who did this will pay. Yes. Every last one of them.

So we got our journalist suit out of the cupboard and set off to investigate, to uncover the facts, to dig out the story behind the story.

We failed to find it. So we did what certain journalists do when they fail to find the truth. We just peddled rumours.

Jealous of his success, a clique of rival musicians hatched a plan. We would name them, but you have never heard of the losers, so it will be a waste of time. That’s why they are jealous of Moreese in the first place: because at least people know who the hell he is. For them, this is the first time they are being mentioned in the mass media (stop hating. ULK is totally the mass media) and even then, they are not being named in full. We just know that they are collectively known as The Philistines.

Rocky Giant is not one of them. He is busy trying to get his goat business off the ground. Leave him out of this.

So what The Philistines did is they found a chick, called Delilah, and sent her to seduce Moreese.

“Haaayi. Are you Morrrrs Krrry? I am ur fun! Lol!” she said, fluttering her eyelids and speaking in both a Hot Steps accent and like a campuser on facebook.

The singer passed his hand over his locks and grinned, replying in the way he replies when he is accosted by his fans.

“Bat wat do u col dat muzik whc u doooooo?” she asked, the eyelids still fluttering, the lips pouting.

Kirya responded and she pretended to be fully engrossed in the whole labored description of soul and afro soul and she even nodded and coooed at the word “mwooyo”, a word he uses to describe his music.

“Waaaaw. Thartts soooo….” Here she sighed and her bossom became temporarily larger. “Waaaw. Mrrrrrrs, do u hav ur jitta @ ur plase an wi go dere?”

Then she cut the man’s hair off when he was sleeping and took it to the Philistines because they believed that was the same thing as stealing this power. Kumbe they had just pissed him off.

He has been playing Hitman.

It was a wig  all along.

This is the first step to the next step in his career. Prepare to meet M-Kill-Ya, the Gangsta Rapper

Once upon a time there was a young singer in the depths of dark Africa. He sang his songs, and strummed his guitar and loved what he did. Then one day an evil American heard one of his songs, swooped in and stole it, then used it in one of his own protégé’s albums. The singer swore revenge. But he was not ready. He first had to be ready.

So he found a wushu monk in the only shaolin temple in Africa (it’s in Nyarushanje village those ends of Rukungiri when you pass Kanyonyi’s house and then you go dooooown.)