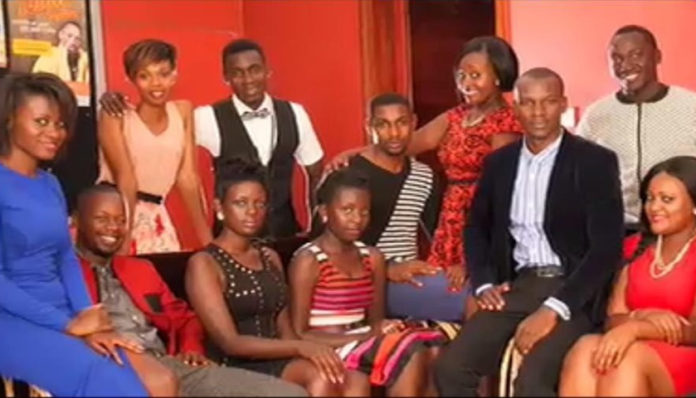 We don’t know, but we believe that Besigye will be back by seven thirty this evening. If he doesn’t stop along the way for a snack, then he will be in time for this week’s stretch of The Hostel. Just to prepare him, and to prepare you, because we care about the common man, not just the political elite, we have hammered out (heh) a quick recapitulation of the major plot points.

Things are really starting to happen up here. The sexy, scorching hot and did I mention sexy saved chick with the limited acting range (if you don’t agree that she is hot and sexy, check this out. If you don’t agree about the acting range…) has been the female corner of a very shaky love square. Gilo wants some, and Sleazy Brother Angelo wants some, but we are rooting for Brother John, the wet, limp, goofy idiot who, when cornered into telling the truth about why he was always finding excuses to visit Hope’s room, instead of admitting that he was creepy-stalking Hope, thought it was a good idea to lie and say he was creepy-stalking Patra instead.Yeah. Nice move, Brother John.But all things work for the good of those that love the Lord, and Hope finally cluck. Thanks to the angelic Annete and her big mouth. Now Hope and Brother John are closer than ever to that love scene which our intelligence swears is written somewhere in the script.
Odoch Vs Kitty Vs Arach

Odoch is the Fresh Prince of this show. Now he has two women fighting for him. Kitty swore to her gods that she will destroy Arach, that she will flood the halls of the Hostel with the blood of Arach, that woe unto Arach for the wrath of Kitty has no equal. Woe unto all that dare cross Kitty.Kitty’s awesome.Arach, you see, had for some reason carried a drunk Odoch to his bed and then blacked out on top of him. An amusing Three Stooges routine was played for us, involving Arach locked in the closet and Kitty giving her opinion on Arach’s legs. You missed. But tune in tonight to see.

Patra vs Odoch
As you know, Patra crossed Odoch and he declared war on her. Something to do with a necklace. And his attempt to sexually assault her in the first episode. So far Odoch is winning this war. He is a shrewd man, that one. Shrewd and rutheless and sneaky. Right now Patra thinks he told her dad (a certain veteran actor whos name I should know but don’t because he’s doing a dismal job. Hell, even Hope’s performance is better than his) that she is juggling two men. The gormless Alma and the Member of Parliament for Douchebags, Mr Gilo.Patra walked in to make peace. “This war sucks,” she said.Odoch replied, “No. It sucks for you.”
I wonder when Opposition will agree to have talks with Government. And who will say Odoch’s line.
This is just some of what has been happening. To find out what follows, tune in today and we see if:

Chameleone Weasel In A Bloody Brawl