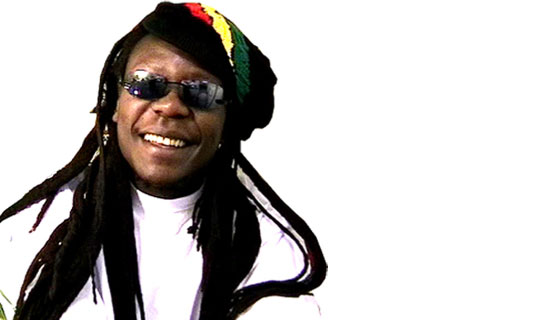 Chameleone just had to steal the thunder from Madoxx at the latter’s Club Unplugged do at Silk Lounge last Thursday! Crashing other artistes’ parties has become a habit for Uganda’s self-proclaimed King of Pop. It rattled Madoxx a bit seeing Chameleone close what had been a pleasurable Ugandan roots reggae trip. That was until we got served Chameleone’s yucky “fruity loops” that tasted worse than ice cream made from curdled milk for dessert.

Before the Chameleone spoiler, Madoxx got the redemption he so badly needed from a sceptical crowd. The late start aside, everyone looked happy the Swedish-based Ugandan reggae star was not under the influence of anything intoxicating. Madoxx on stage has always sounded very inferior to Madoxx on CD mostly due to gross disrespect to his paying audiences that always left his shows feeling short-changed. Madoxx was on his best behaviour this night even when Chameloene made a silly publicity stunt to promote his next-day Bayuda album launch.

What mostly worked for Madoxx were the able musicians that backed him up. Jeckaki Band, the regular at the well-patronised last-Thursday-of-the-month live music sessions had better run scared. Those Soul Beat Africa lads are quite the taut outfit having wowed just two days earlier at The Maurice Kirya Experience. Madoxx dug into his musical treasure trove to revive those reggae anthems that endeared him to Ugandans at the start of this decade. He is just about the only artiste to have has a local hit, Namagembe edge out the international hits to become the soundtrack of Valentines Day in 2002 and make the Kabaka want to draw back cupid’s bow. And even as he sings about love, Madoxx’s hits are as much about social commentary. He makes a call for us to work on Tukolagane whose opening line is the crow of the rooster, the need for better ethnic relations on Dembe, the value of strong friendships on Omukwano and the folly of self-pity on Wowooto. He did not mean any disrespect on Munakyalo, a song on which he talks down city lasses and extols the romantic attributes of the village belle.

The urban females in the audience did not take any offence but sang along gleefully. Madoxx may not have played many of his latter hits like Nakatudde but his foray into English-language songs is a commendable gamble. Club Beer can toast to finally acquiring a quality seal for its Unplugged night in Madoxx. The highest praise though mostly goes to the able band that night. Michael Ouma (lead guitar), Allan Okia (bass), Jude Mugerwa (keys), Isaac Zimbe (drums), Sarah Ndagire and Justina Sematimba (background vocals) rank high up there among the nation’s musical finest.