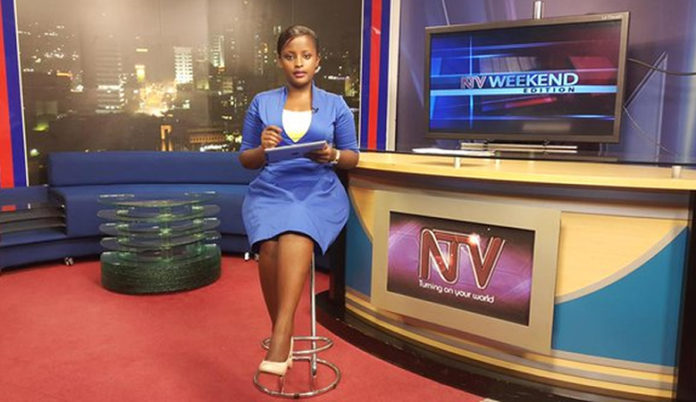 NTV anchors are like those well fed kids at school, whose parents read for them bedtime stories, whose lunch boxes have sandwiches and watch cartoons like Ben 10. They talk about daddy`s new car, probably a Mercedes Benz or Range Rover and how their Christmas gift was an iPhone 6 plus. They know where the Swiss Alps are, not by reading the geography textbooks but because their parents spent their holidays there. They are the kids who buy rolexes at 15k instead of 2k and say they had a local meal.

WBS anchors are like those kids whose parents used to have it all, they used to have sandwiches in their lunch boxes but now there is fried cassava and mandazi instead. There was a time when their parents would drop them at school while driving Land Cruisers but now they arrive by boda. Other kids used to be jealous of them because they used to go to schools like Buganda road, Shimoni or Lohana which were considered top class but now no one cares.

Bukedde T.V anchors are the kids who say and do scandalous stuff way above their age, the ones who used to put mirrors under girls’ desks to…study biology. They are the kids who always wore the sack or had a bone strung around their necks because of speaking vernacular. During break time they would argue about who was the best amongst Rambo, swaziniga or chakinollisi…and blows would settle the arguments where necessary.

Urban T.V anchors are the kids whose report cards had comments like…“try harder”, “he is on his way but not yet there” or “he can do better”. They look at the NTV kids with some envy and hang around them all the time because they want to see the cool gadgets they have. They also want to eat some of the NTV kids` sandwiches because they only have two slices of bread in their lunch boxes. They are also the kids who had most winter nights.

NBS T.V anchors are the new kids who just joined the school from the village. Their parents have just landed in money or big position and are eager to flaunt it. The kids also display this new confidence, when a teacher asks a question in class, they will put up their hands first but give a wrong answer. They are the kids who brag how their dad has finished constructing a house in Najjeera and just bought a Mercedes Benz which has A.C.

U.B.C anchors are the kids who repeat class even in U.P.E at Kiddawalime primary school in Bukomansimbi.

BBS Terefayina. These are tight with the Bukedde t.v kids. So tight that sometimes you can’t even tell them apart. They have the same father but different mothers.

5 Things that Prove that Uganda is the Pearl of Africa