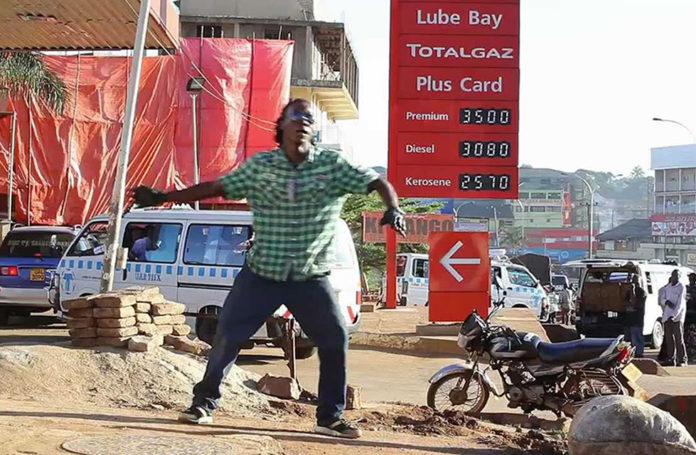 Arafat Igoma, a reformed street kid could easily inspire a Ugandan version of the internationally acclaimed Slum Dog Millionaire movie. The youthful dancer shed off his shantytown background and adopted fine street dance techniques that saw him NTV’s Hot Steps II dance competition on Saturday at Hotel Africana’s People’s Space. He is now Shs5m richer, money he says he will use to get himself an education and also alleviate the plight of his street kid friends. Arafat won mostly because he was the better entertainer thanks to a bag full of dance tricks even when all he did was Xerox routines from the international dance show, America’s Best Dance Crew. The routine he exhibited at Saturday’s Hotel Africana’s finale was a page torn out of the Jabberwockyz’ dance routine book, complete with a white mask and gloved hands. Only the dance connoisseurs cried foul at this blatant “plagiarism”. The mostly adolescent crowd couldn’t care less after all he offered the most entertainment value for the Shs5, 000 each reveller had forked out to grace the outdoor do.

That must have hurt versatile dancers like Andrew Odomel who unfortunately self-destructed when he left his contemporary dance “comfort zone” to execute a hip-hop routine that did not quite match the energy level Arafat had exhibited earlier. Third place was what the inflated panel of judges gave the show’s most “immune” dancer who also walked off with Shs1.5m. Luckily for Andrew, he has a day job to go back to at the Central Bank so cash flow problems will be the least of his worries long after his prize money is gone. Perhaps the most deserved reward was Miki Soke’s first runner-up slot that earned him a cool Shs2m. Miki is also from Arafat’s Nsambya-based Breakdance Project which had three of the Top Five including the fifth placed Nahia Nashville who took home Shs500, 000. Amina, the other girl among the Top Five came fourth to win Shs1m.

There was not much love for the bloated panel of five judges from either the crowd or the bottom five contestants some of whom cried their disappointment away. Lillian’s tears flowed in torrents and no comforting from friends could stop her from sobbing loudly and saying, “the competition was unfair”. The reality that she would have to walk back home empty handed even after a spirited vote-canvassing campaign was too hard to take. With the judges offering hardly any expert comments outside “your performance was 50-50”, that left the ravishing Natasha Sinayobye as the only judge worthy of any attention if anything because she looked the quintessential Ugandan Venus even with her eyed hidden behind shades. Arafat was in the meantime oblivious to all this other drama. He celebrated his win with a mock catwalk on the lofty stage and cheekily caressing his dummy cheque, excited at being Shs5m richer. Elimination from Hot Steps season one was not bad after all. It only increased his resolve to return to season II with a vengeance. With his amiable demeanour, he surely take no offence at being called the nation’s slum-dance millionaire.