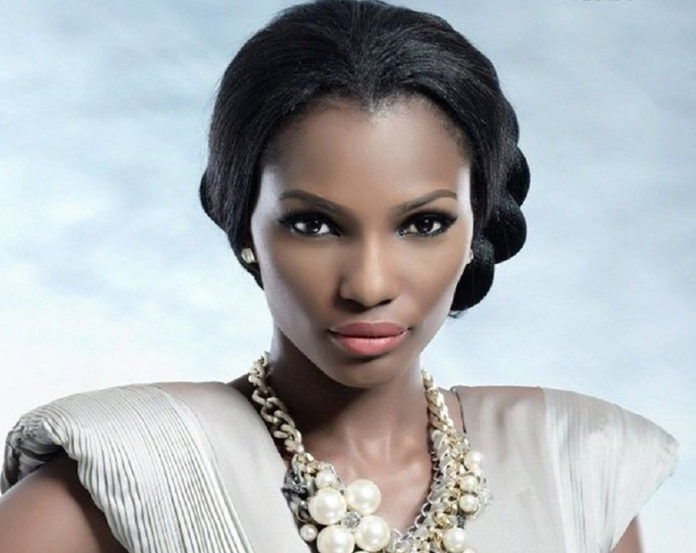 The pre-finale hype surrounding the exploits of our Miss World contestant Sylvia Namugenyi came to nought at the London Sunday November 6 finale. Only a handful of the beauties from 113 countries, the 30 that made it onto the leader board, stood a chance at winning the jewelled tiara crown. Miss Uganda Sylvia Namugenyi was nowhere amongst listed as ace hopefuls in the new marking scheme. Contestants had to aggregate points from a number of pre-finale events that included athletics, swimming and a talent show.

Namugenyi’s Facebook cheerleaders had created the impression that our girl was racking up valuable points to getting a shot at the crown. But the leader board revealed otherwise initially getting all the 113 beauties compete for a Top 30 slot after which these were whittled down to the Top 15 and later the Top 7 from whom the Top 3 were announced to yield the ravishing but non-English-speaking Miss Venezuela Ivian Sarcos as the eventual winner of the crown. Miss Phillipines, arguably the one with the loudest in-house cheerleaders was first runner while Miss Puerto Rico came third.

Namugenyi’s visibility at the Earls Court glitzy event, which had a delayed screening on Citizen TV, was reduced to two fleeting headshots. There was the introductory one at the start when all the contestants’ are revealed according to their nationalities, and a random one after the winner had been announced. The fact that “U” is one of the last letters in the alphabet guaranteed her “front row” visibility. Contestants from the “T-Z” countries were introduced last thereby guaranteeing that they stand at the front every time the 113 beauties appeared at a go.

Only South Africa and Zimbabwe managed Top 15 slots. Miss South Africa was the lone African amongst the Top 7 who made it Q&A segment as part of the 2011 Miss World crème de la crème. Miss Ghana also came away from the contest with tangible results after her “Beauty with a Purpose” project to start an education initiative for Accra’s slum-dweller toddlers got a thumbs-up.

Otherwise for the most part of the two-hour show, it was fairer faces over darker-complexioned ones, something that seemed to lend credence to Miss Uganda 1996 winner Sheba Kerere’s gripe about “racism” at the now 60-year-old beauty showcase. One couldn’t help but notice the cameras seemed to prefer the “white” contestants over the “black” ones even during the highlights cutaways. The isolated moments where the camera locked onto a black contestant, the screen “captions” revealing her nationality were deliberately left out.

Nigeria’s Agbani Darego is the lone Black African to have won Miss World in 2001. She was also the only black person amongst the judging panel at this year’s Diamond Jubilee event. For Miss Uganda, Sylvia Namugenyi, it is either a [post-Miss World] life of oblivion like most of her predecessors or one with a sense of purpose where like Miss Kenya last year she could bring attention to herself by inviting Miss World 2011 over to officiate at an event that celebrates Beauty with a Purpose. Miss Kenya 2010 already beat us to turning jigger eradication into the next celebrity international pastime.

The Illicit Side to ARVs