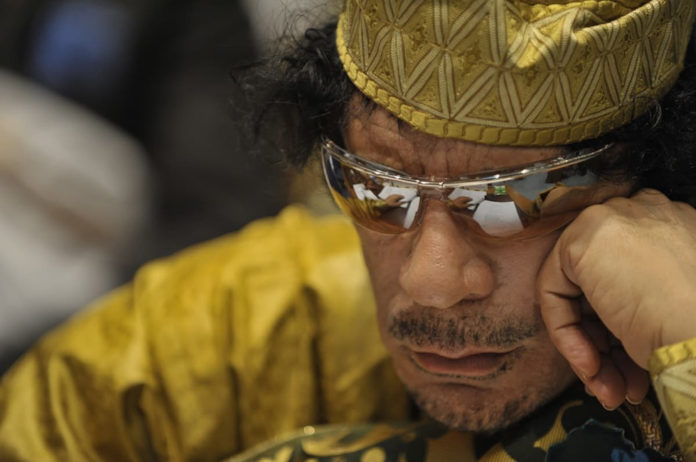 I took some time off to hold a moment of silence in memory of Colonel Muammar Muhammad Abu Minyar al-Gaddafi. I believe Gaddafi was an artsy fellow who came off as artsy-fartsy. One does not need to look hard for his imprint on the Kampala arts scene. Take the imposing Gadaffi Mosque on the Old Kampala Hill complete with a semi-circular arch and a towering minaret. 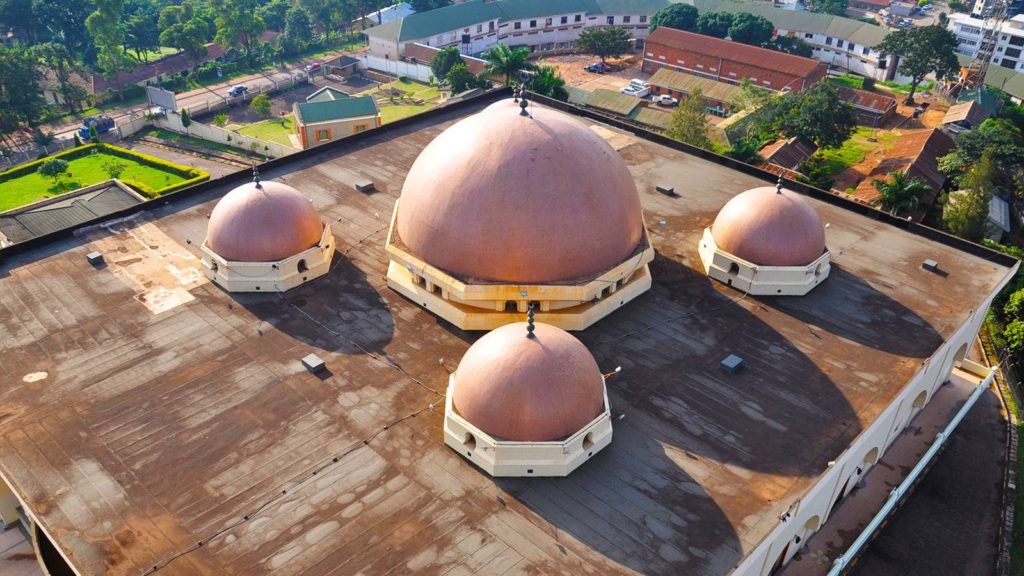 Even before it was completed- lying as a shell for a good chunk of the post-Amin era- it looked less of an eyesore compared to its hill-mounted Aya Hotel rival. Religious sentimentality, especially from those that still feel the mosque symbolizes a failed attempt at Islamizing Uganda, has made us fail to appreciate the mosque’s contribution to varying Kampala’s skyline that is mostly dotted by mirrored and tiled high-rise buildings that give our capital city an oversized bathroom feel. Perhaps students of arts history will marvel at its [four] bronze-coloured shimmering domes by day and the mosque’s aesthetically lit exterior on a non-load-shed Kampala night.

Before Tropical African Bank sold out to modern-day banking practice thereby desecrated a prized Kampala art piece, the mural outside the then Libyan Arab Bank at the Kampala Road/ Entebbe Road junction traffic lights was quite a revered tiled tapestry showing various global currencies. Any country with a functioning Arts Council or arts-philes with “balls” would have protested loudly at the installation of ATMs that necessitated destruction of part of the mural. Now that is another indictment on Kampala ever attempting to say vie for Easy African Capital of Culture status. That Gadaffi didn’t have sap in his fingers is well documented.

All those leaders whose AU bills he picked and all those pauper royals whose palaces (Tooro’s Karuzika royal abode comes to mind) he refurbished can attest to that.

Perhaps he should have paid more attention to turning Tripoli into a cultural hub that that megalomaniacal plan to become Africa’s King of Kings. I recall him flying fashionista Sylvia Owori and her bevy of Miss Uganda/ modelling beauties to Libya for an arts & cultural showcase. Or was that a veiled audition for Muammar’s next legion of voluptuous female bodyguards? Perhaps the literary world will acknowledge his contribution by way of his infamous Green Book. Sales must have spiked it onto a bestseller list now that the “king” is dead.